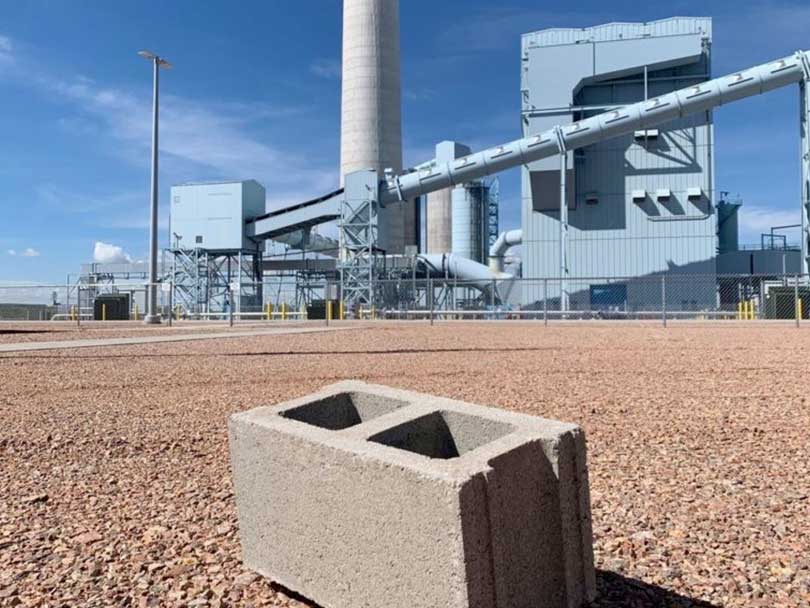 In the culmination of a six-year engineering competition, the final winners of the Carbon XPrize, partially sponsored by Colorado’s Tri-State Generation and Transmission Association and the National Rural Electric Cooperative Association, were announced.

They are CarbonBuilt and Carbon Cure. Each will receive $7.5 million to continue advancing their carbon utilization technologies.

The contest was created to encourage the study of capturing and managing carbon emissions from coal-based power plants.

The result was a low CO2 concrete replacement. Its process permanently embeds CO2 into the concrete, which lowers emissions by utilizing the CO2 and by reducing other emissions associated with the raw materials. The development of the team’s core technology began at the University of California, Los Angeles in 2013 and, with support from the NRG COSIA Carbon XPRIZE, the team was able to produce 10,000 concrete blocks.

A public-private partnership between the state of Wyoming, Tri-State, NRECA and Basin Electric Power Cooperative, the Integrated Test Center was initially funded in 2014 and the NRG COSIA Carbon XPRIZE was the first tenant to sign on to test at the facility.

“Technology advancement drives economic development and cleaner energy,” said Duane Highley, Tri-State CEO. “The Integrated Test Center’s hosting of the Carbon XPRIZE enabled the advancement of novel technology solutions to carbon challenges, and as more innovators come to Wyoming to evaluate technologies, the work of the ITC will continue to deliver important results.”