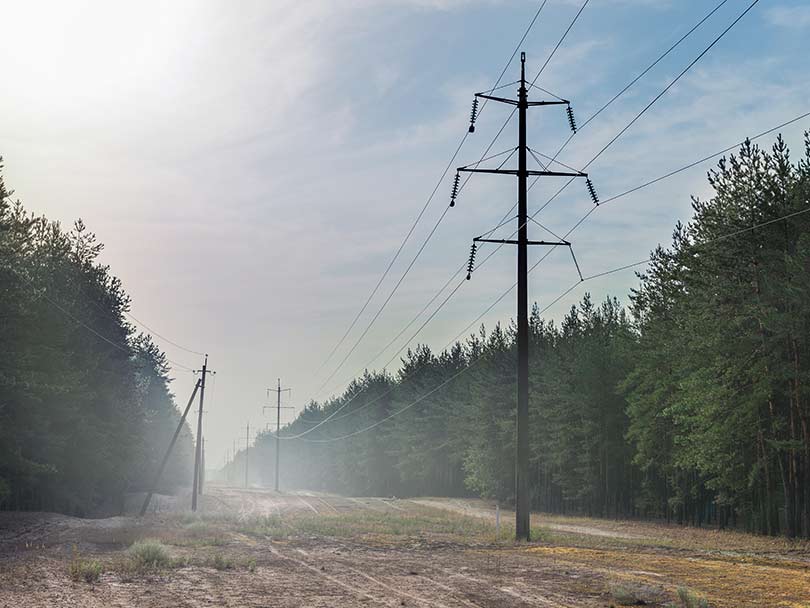 Wildfires pose one of the most significant threats to the health and safety of folks living in many parts of rural Colorado. In 2020, three of the largest wildfires in Colorado history burned hundreds of thousands of acres and caused many millions of dollars of property damage. Tragically, two lives were lost during the East Troublesome Fire that ravaged portions of Mountain Parks Electric’s territory in Grand County.

One of the commonalities of these fires is that they often occur in the service territory of one or more of Colorado’s electric co-ops. That was certainly the case in 2020 as the Pine Gulch, Cameron Peak and East Troublesome fires consumed over a half-million acres of both public and private lands in co-op service territory.

To be clear, none of these fires were caused by any equipment or facilities owned and operated by Colorado’s electric co-ops. However, we continue to be concerned that, despite our best efforts to clear our utility line rights-of-way (the land under our lines), trees outside the rights-of-way can fall into those lines and spark a fire. Electric co-ops spend millions of dollars each year clearing these rights-of-way, but they have limited authority to clear the trees outside the easements.

This is why CREA, representing Colorado’s electric cooperatives, worked with members of the Colorado General Assembly to sponsor a bill in the legislature this year to address our concerns. S.B. 21-170 was the result of over a year of work with many stakeholders to develop legislation that would encourage electric co-ops to develop more comprehensive wildfire protection plans to help prevent wildfires. In exchange for developing and implementing the plans, the bill provided that electric co-ops would be granted liability protection from lawsuits brought alleging that the co-ops were at fault for starting a fire.

Despite having bipartisan support in both the Colorado House of Representatives and Senate, the bill was killed in the Senate Transportation and Energy Committee. The sponsors of the legislation asked the committee to postpone consideration of the bill indefinitely, a legislative action referred to as a bill being “PI’d” or killed.

Why was S.B. 21-170 so unceremoniously rejected by the legislature? The trial lawyers lobby complained that the bill’s grant of liability protection would mean that plaintiff ’s lawyers would be unable to sue electric co-ops in the event of a wildfire caused by co-op facilities. Of course, that was the exact point of the bill.

By agreeing to develop specific plans to remove vegetation and following through on those plans, electric co-ops would be adding additional reasonable measures to prevent fires. In exchange for developing the plans, filing them with the Colorado Public Utilities Commission and then implementing the plans, co-ops would be entitled to immunity from lawsuits alleging that co-op infrastructure caused a fire.

Despite the objections of the trial lawyers, many legislators supported CREA in this effort because they understand that electric co-ops have limited options with respect to liability insurance (thanks to the PG&E fires on the West Coast). Insurance is either unavailable or prohibitively expensive since costs would have to be borne by the end-use co-op consumer-members.

We’re not about to give up on this legislative effort. It is critically important to rural communities that all reasonable steps be taken to prevent wildfires. Electric co-ops plan to do their part. We hope to work on a new bill over the legislative interim period and come back in 2022 with a bill that everyone can support.

In the meantime, we want to thank the four members of the Colorado General Assembly who were willing to stand up and be counted in support of Colorado’s electric co-ops. To our prime bill sponsors, Sens. Dennis Hisey (R) and Joann Ginal (D) and Reps. Jeni Arndt (D) and Michael Lynch (R), we say thank you and we look forward to working with you again during the 2022 session of the Colorado legislature.