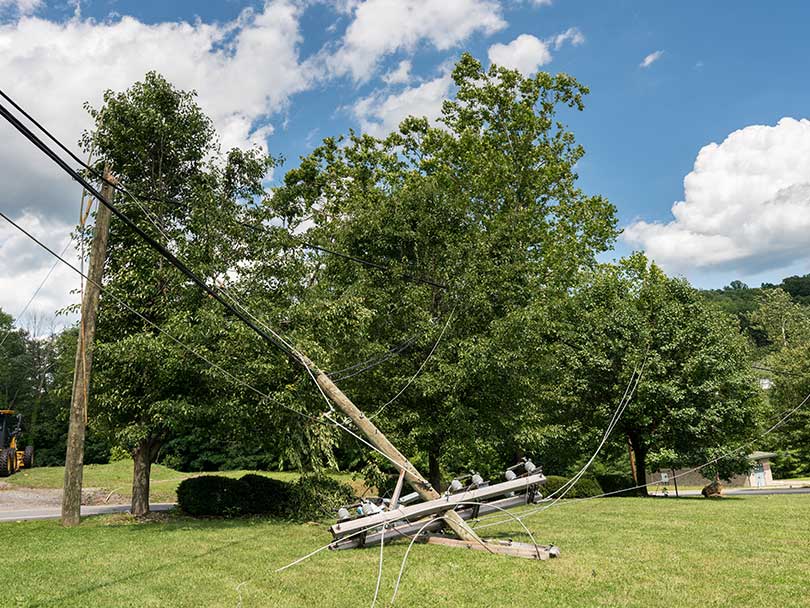 Poudre Valley Rural Electric Cooperative serves the area near Windsor that was devasted in the May 22, 2008, EF3 tornado. It was a surprise for many area residents, including PVREA Operations Superintendent Craig Harney, who was a lineworker back in 2008.

“I am from the Midwest and have seen and been near tornadoes before, but never in a million years would I expect to see one in northern Colorado this close to the foothills,” Harney says, thinking back to the fateful day. And he was surprised by the path of the tornado.

Fellow employee Matt Organ, now a supervisor for distribution design at PVREA, agrees. “This tornado went from southeast to the northwest — not the usual direction.”

Harney remembers being first told that it had hit Platteville. He figured it would miss his home on the southeast side of Greeley where he was sleeping after working all night because a car hit a PVREA power pole. Then he heard that the tornado hit Windsor. “I said, ‘That can’t be!’” he recalls.

Out in the field northwest of PVREA’s office, Organ remembers looking back toward Windsor and seeing “weird weather.” He didn’t know it but the tornado was heading his way. Thankfully, it hopscotched over his location but followed with a heavy hailstorm.

Both men remember the chaos in the aftermath of the tornado. With winds as high as 150 miles per hour, it carved a path of destruction for roughly 39 miles, taking out the power for 17,225 consumer-members of PVREA. The twister went through several miles of transmission line and damaged 11 of the co-op’s substations.

The men also remember how quickly the co-op and its employees began repairs that Thursday.

Harney tried to call into work, but when he couldn’t get through on phone lines, he simply headed in to work, knowing he would be needed.

Organ headed also headed to PVREA headquarters but “ran into a lot of the aftermath of the storm. I kind of cleared the road and got back into the office.” There he got busy doing the work orders so that repairs to begin.

Lineworker Greg Rink, who is still at PVREA, remembers being out on a call north of Fort Collins when dispatch notified his crew that Windsor had been hit. What he and lead lineman Mike Lindenthal didn’t realize was that the tornado, on its unexpected route, was coming their way. It ended up touching down nearby, but they were safe, and headed for the damaged lines in the Wellington area.