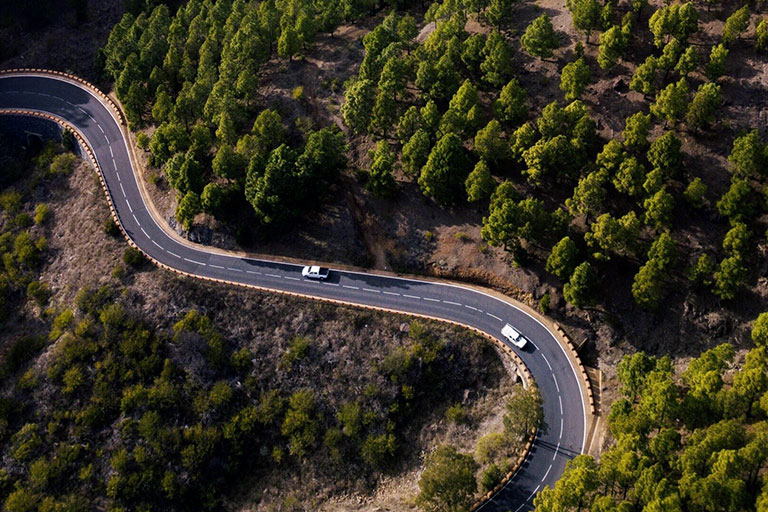 It’s summer — or will be soon. Everyone is looking for fun and interesting places to visit. Here are five suggestions for sites in Colorado that will make for a fun day trip or a memorable stop on a longer getaway.

Find what interests you, and get out there and enjoy summer.

Stop #1
BOATING THROUGH BLACK CANYON OF THE GUNNISON – Southwestern Region

A Morrow Point Boat Tour in Curecanti National Recreation Area is a spectacular way to experience western Colorado’s Black Canyon of the Gunnison. It’s a monumental place, described by the National Park Service as having “some of the steepest cliffs, oldest rocks and craggiest spires in North America.” 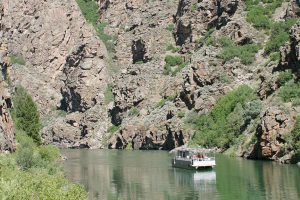 A park ranger pilots the 42-passenger pontoon boat through the stunning scenery surrounding Morrow Point Reservoir, while an interpretive ranger shares fascinating stories about the canyon’s geology, wildlife, early inhabitants and the narrow-gauge railroad built in 1881-82.

“I’m a historian who loves the history of the railroad going through the canyon,” says Paul Santellan, lead guide for Curecanti and Black Canyon of the Gunnison National Park, which shares a boundary with the national recreation area. During the 1880s, rock hounds from Denver often rode the train to look for rocks. These geologists noted the canyon’s 1.8 billion-year-old rocks, which led to the establishment of the national park.

Boat tours happen throughout the summer, at 10 a.m. and again at 12:30 p.m. Although reservations are required, it’s typically easy to book seats for this little-known park service gem.

The tour begins at the Pine Creek boat dock, accessed from Pine Creek Trail at Highway 50, milepost 130 (35 miles east of Montrose). From the parking area, visitors descend 232 stairs — there are handrails and benches along some portions — before coming to a trail that parallels the old narrow-gauge rail bed. (The tracks and railroad ties were removed in 1949.) The trail leads three-quarters of a mile to the boat dock.

Remember to bring a camera to capture the gorgeous views you’ll find on this NPS-led outing.

➵What is the cost?: $24 adults; $12 children 12 and under (children must be 35 pounds or heavier). All passengers 13 and under must wear a personal flotation device provided.
➵Check ahead of time: Reservations begin May 15 for Morrow Point Boat Tours that begin as early as June 1 — depending on snowpack spring runoff and upstream water releases from Blue Mesa Dam. End dates also vary, but typically run through Labor Day weekend, and sometimes beyond.
➵Contact: 970-641-2337 ext. 205; www.nps.gov/cure/planyourvisit/boattour.htm; or stop by the Elk Creek Visitor Center (15 miles west of Gunnison off of Highway 50).

South central Colorado’s Westcliffe community offers an opportunity to see something you may not have seen in a while: the night sky. 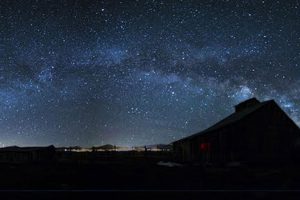 The wonder of stargazing can bring even the most seasoned and, perhaps, unimpressed night sky spectator to a place of awe-inspired delight. Whether viewing the annual Perseid meteor shower in late summer, catching the tail of a single shooting star or simply introducing the seven stars of the Big Dipper to grandkids, everyone can enjoy something new at Smokey Jack Observatory in Custer County.

Westcliffe and next-door Silver Cliff, together, are the home of the first Dark Skies designation in Colorado and the highest elevation Dark Sky location internationally.

Smokey Jack Observatory is a popular spot for taking in the night sights. Located at Bluff Park on the west end of Westcliffe, SJO hosts monthly, free public star parties to celebrate various astronomical events. The June 7 public star party observes the rise of Jupiter and the July 5 public star party marks Saturn’s first 2019 appearance in the night sky. You can book a private star party led by a trained Star Guide. The best months to visit the observatory are May through September, but remember your warm layers as temperatures still drop during the star-viewing hours of the night.

➵What is the cost?: Free, public star parties held monthly: www.darkskiescolorado.org.
➵When to visit: Closed for winter from November 4 through March 2020.
➵When to book: Book a private star party at www.darkskiescolorado.org/smokey-jack-observatory.
➵Don’t miss: Best viewing of the Milky Way is as late as 10–10:30 p.m. from June to mid-August.
➵Contact: 100 Adams Blvd., Westcliffe; 719-398-1284.

A stop-worthy collection of Native American art, pottery and textiles is housed in the Koshare Museum in La Junta in the southeastern corner of the state. But the real draw to this large adobe building on the Otero Junior College campus is the dancers who perform Saturdays in the summer. 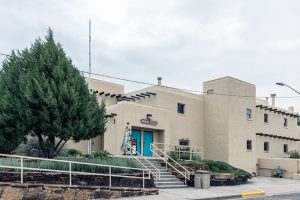 The adobe Koshare Kiva is home to the Koshare (pronounced ko-shaar-a) Dancers. Modeled after the kivas of the Anasazi’s, the museum building was built by La Junta Boy Scout Troop 232, which was established in 1933. The Scouts studied Native American lore and dances and began performing interpretive dances in costumes they created themselves. The tradition continues today.

Using the money they were paid for performances, along with a grant from the town of La Junta, the Scouts built the Koshare Kiva in 1949. The building has the world’s largest self-supported log ceiling structure and is registered with the Colorado Historical Society as an historic state site.

The Koshares (which means “clown” or “delight-maker” in the Hopi language) began purchasing artwork from the Taos Art Colony Founders and Santa Fe Art Colony Founders, along with ancient artifacts from the Plains and Pueblo tribes with proceeds collected from a pop machine and the donation basket, which became the foundation of the museum collection.

All aboard! Get ready for your journey through the incredible Colorado Model Railroad Museum. It’s just a hop from real railroad tracks that run on a north-south route through the northern Colorado town of Greeley. 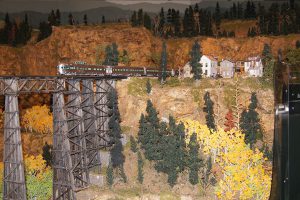 Your self-guided tour of one of the world’s largest HO scale model railroads starts with a lumber and ag community in southern Oregon. The 5,500-square-foot layout re-creates the logging operations of the 1970s and the defunct Oregon, California and Eastern Railway. As you wander along the scenic layout of more than 20 scale miles of track, you will be enchanted by breathtaking vistas featuring 15 bridges, towering trestles, 12 tunnels and one of the tallest HO scale mountains in the world.

Scenery details include 16,000 fir trees, 8,000 deciduous trees and 4,000 aspens — all handmade. There’s more than just majestic scenery; you can take a peek at how the timber industry operated through clever replicas of a sawmill site, a town and a logging camp. A model train can take up to two hours to navigate the route from start to finish. Museum volunteers have a choice of more than 2,000 train cars and 150 locomotives to create 20-plus trains of up to 130 cars each.

You can also discover more than 1,000 railroad-related items, such as timetables, railroad lanterns, a semaphore and more. Another highlight is a red 1919 Colorado & Southern wooden caboose where you can visualize what life on the rails was like. 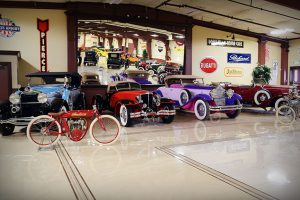 Striegel began collecting automobiles in the 1940s at age 12, when he says you could purchase an old car for as little as $2. As he got older, his collection of cars grew to include Cadillacs, Cords, Auburns, Franklins, Packards, Stutz, Kissels, Studebakers and Brewsters.

Three years ago, 77-year-old Striegel built the Rangely Automotive Museum to store all his vehicles. He currently owns 11 motorcycles, 48 cars and a few vintage bicycles. “I rotate them out — so the exhibit changes periodically,” Striegel says. A rare 1948 Crocker motorcycle recently returned from another transportation exhibit in Roanoke, Virginia.

While in Rangely, visit the nearby Rangely Outdoor Museum. It’s a collection of historical buildings (including a 1913 schoolhouse as well as the town’s original jail) and artifacts that provide a glimpse of the town’s Native American, pioneering and significant oil resource development history. Enjoy small-town fun at the museum’s annual ice cream social on Labor Day weekend. Visit rangelyoutdoormuseum.org for more information.