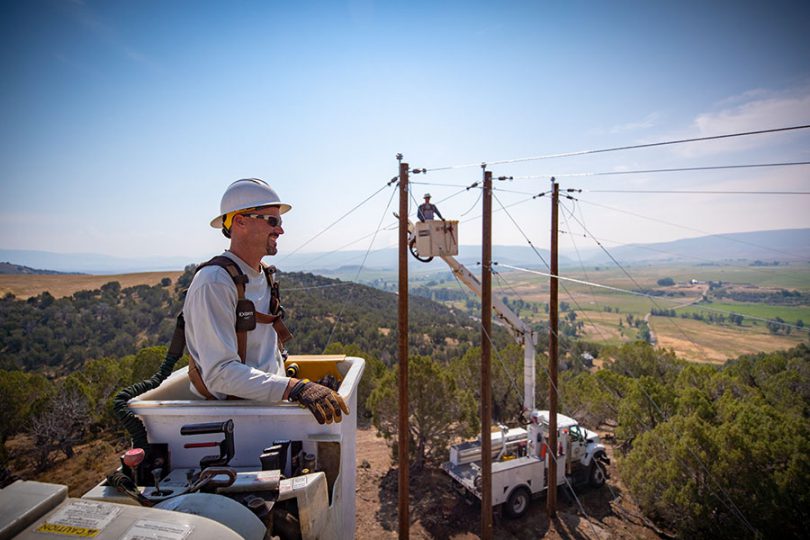 Colorado’s electric co-ops are part of a complex network of electric utilities that keep the power flowing to communities across the United States.

Many of these electric utilities are members, either individually or through affiliated companies, of the North American Electric Reliability Corporation, otherwise known as NERC. NERC is a nonprofit organization that was created in the 1960s to ensure that utilities work together to keep the grid running to provide power on a 24/7/365 basis to all Americans.

In a recent report titled “2022 Summer Reliability Assessment,” NERC found that significant parts of the United States are at risk of not having sufficient power-generating resources to keep the lights on this summer. According to the report, the risk is highest in the upper Midwest where, even in normal weather conditions, there may be insufficient operating reserves to maintain reliable electric service. The projected risk in the western United States is lower, where NERC concludes that operating reserves should be adequate unless weather conditions are hotter than expected.

The types of risks that NERC considers in its assessment of the reliability of the power grid include lack of transmission line availability; drought impacts on hydropower capacity; power plant outages due to fuel shortages; the mechanical failure of inverter-based solar power units; supply chain issues; and cybersecurity threats.

Ultimately, the power grid is a complex web of machines that can break down regardless of whether they are based on renewable resources or fossil fuels. This was the lesson of winter storm Uri in Texas last year: While there may be sufficient capacity on paper to provide heat and power, extreme weather can trump utility planning to devastating effect. And even though Uri happened in Texas, some Colorado utilities were impacted by the storm when it resulted in higher natural gas prices throughout the region.

In Colorado, all electric utilities, including electric co-ops, spend a great deal of time and money to have adequate resources to serve electric customers under all conditions. This concept of “resource adequacy” has received a lot of attention in Colorado recently as our regulators and policymakers consider what happened in Texas and read reports such as NERC’s recent assessment.

In the 2022 session of the Colorado General Assembly, a draft bill on resource adequacy was circulated but never introduced. CREA, representing Colorado’s electric co-ops, engaged in many discussions regarding that proposal. If a similar bill comes back in 2023, CREA will be at the table to protect co-op interests.

Concerns about resource adequacy have also come up in recent discussions at the Federal Energy Regulatory Commission. Some commissioners have questioned whether the transition to renewable sources for power generation, primarily wind and solar, is moving too quickly and impacting the reliability of the grid. Other commissioners point out that reliability is not significantly reduced by the addition of intermittent resources since all power-generating resources are subject to mechanical failure — think Colorado’s Comanche III power-generating station with its history of breakdowns and outages.

As all Colorado utilities move to close coal-fired generating stations by the end of this decade, regulators will have to pay close attention to impacts on reliability.

The first job for Colorado’s electric co-ops is to keep power flowing to co-op consumer-members day and night, in good weather and bad. This has always been a challenging undertaking given the terrain and often severe weather conditions that can prevail in Colorado. It’s even more challenging in electric co-op service territory given the thousands of miles of distribution lines that are needed to serve remote customers.

The energy transition that’s happening in Colorado adds yet another layer of complexity to the task of providing reliable, affordable electric service. Nevertheless, electric co-ops are confident that they can meet this challenge like they have met every other challenge for the last 80 years.

Kent Singer is the executive director of CREA and offers a statewide perspective on issues affecting electric cooperatives. CREA is the trade association for all of Colorado’s 22 electric distribution co-ops and one power supply co-op.