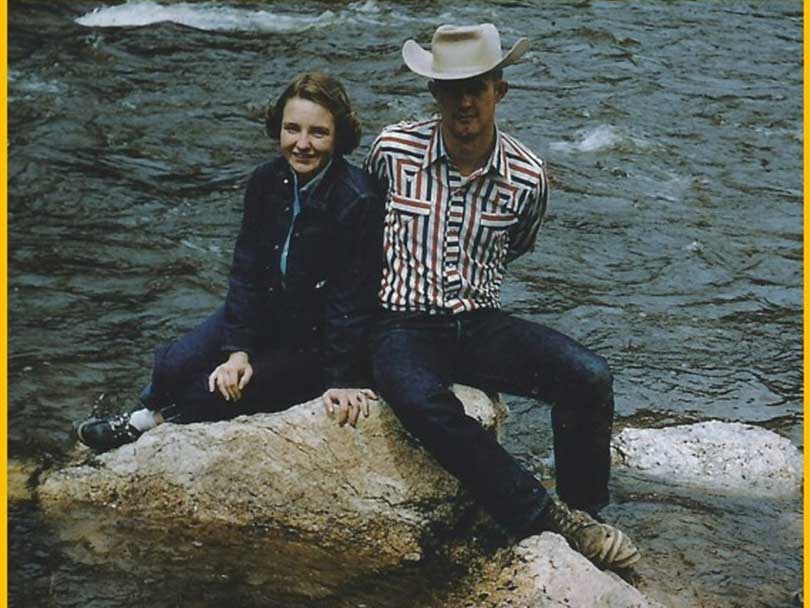 John and Nancy Porter along the Poudre River, shortly after they met at Colorado A&M College (now CSU)

One of the privileges of my position with the Colorado Rural Electric Association, the statewide organization representing Colorado’s electric cooperatives, is the opportunity to work with truly great Coloradans. Over the last 25 years, I’ve met many tremendous leaders from across Colorado who are not only champions of the electric co-op program, but also visionary leaders in their communities.

John Porter, who passed away on December 28 in Cortez, was one of those leaders. 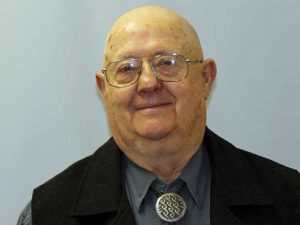 John Porter was a legendary figure in the Colorado water and electric co-op communities. Porter passed away on December 28, 2020.

John was born in 1933 and raised on a farm near Lewis, Colorado, a town named after his maternal grandfather. After he graduated from Cortez High School, he earned a degree in agriculture from Colorado State University (then called Colorado A&M College). After college, John and his wife, Nancy, returned to southwestern Colorado in 1955 and operated their own farm in Lewis; Nancy also taught school in the Cortez school system. John and Nancy raised two daughters: Marsha and Mary.

In 1980, John succeeded his father as the manager of the Dolores Water Conservancy District, the organization in charge of managing the Dolores River. In that role, John oversaw the development of the Dolores Project, which created McPhee Dam and Reservoir. To this day, McPhee Reservoir supplies municipal and industrial water to the towns of Cortez, Dove Creek and Towaoc, as well as irrigation water to many farming operations in Montezuma and Dolores counties, including those of the Ute Mountain Ute tribe.

In recognition of his leadership in the development of the Dolores Project, the Colorado Water Congress named John the “Wayne N. Aspinall Water Leader of the Year” in 2000. The Aspinall award is given annually to the person “exemplifying the courage, dedication, knowledge and leadership qualities of Wayne N. Aspinall in the development, protection and preservation of the water of the state of Colorado.” In 2017, the Colorado General Assembly adopted a tribute to John for his leadership in the Dolores Project and his years of service on the boards of the Southwestern Water Conservation District, the Colorado Water Resources and Power Development Authority, the Inter-Basin Compact Committee and the Colorado River Water Users Association.

I had the pleasure of working with John for the last 11 years in his role as the Empire Electric Association representative to CREA’s board of directors. Not long after I became the executive director of CREA, John invited me to a dinner with him and Doug Kemper, the head of the Colorado Water Congress. John felt it was important for me to understand the interplay between water and power and to get to know Doug and other advocates for rural Colorado. He was always interested in helping rural farmers and ranchers, whether it related to access to irrigation water or to affordable and reliable electricity.

John was a great board member for CREA and all of his colleagues on the board loved and respected him. He was always prepared for board meetings and always listened closely to his fellow board members. If the board reached an impasse on a difficult issue, John frequently suggested a thoughtful and effective compromise.

John was also a big supporter of the CREA staff. As the chair of our Education & Communications Committee, John led the committee that oversees all of the education programs that CREA sponsors as well as the efforts of our communications team. I will never forget that whenever a CREA staff member was recognized for an achievement or celebrated a work anniversary, John would be the first to initiate a round of congratulatory applause.

Several years ago, I made a trip to Cortez to meet with the Empire Electric Association Board of Directors. After the meeting, John gave me a cap with the famous “Certified Water Buffalo” insignia. John told me that from that time forward I would be recognized as an honorary water buffalo. The best part of the gift was the printing on the back of the cap: “From John 2016.”

John Porter was a devoted husband, loving father and grandfather and a legendary figure in the Colorado water and electric co-op communities. We are so thankful to have known him and so grateful for his lasting contributions to our great state.