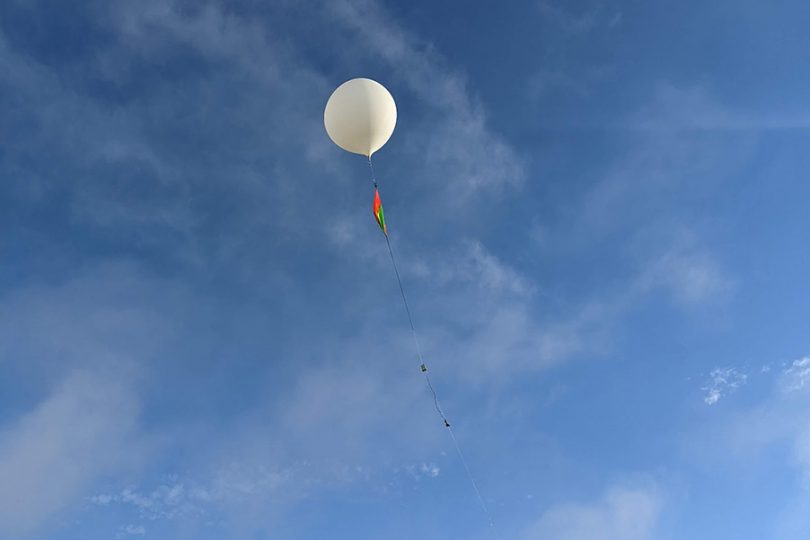 High-altitude balloons travel where the wind takes them.

While traveling along a rural county road, have you come across a long line of trucks and cars? Often, the vehicles have a bunch of antennas attached to their tops. And perhaps there is a group of folks standing outside the vehicles, staring at the sky. What are they looking at? These could be volunteers and students in the process of tracking high-altitude balloons.

Part of NASA’s Colorado Space Grant Consortium (COSGC) the launch, flight and tracking of these research balloons is also supported by the nonprofit organization, Edge of Space Sciences or EOSS, a group of HAM radio enthusiasts who volunteer in support of science education. 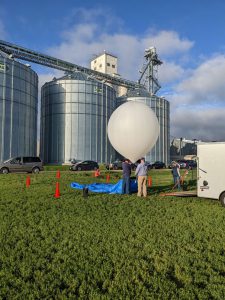 High-altitude balloons are launched in rural parts of Colorado to avoid Denver International Airport airspace during flight, according to COSGC Interim Director Bernadette Garcia Galvez. The balloons travel where the wind takes them, but EOSS teams accurately predict the landing site by using radio frequency transmissions and weather modeling to track the balloons. In addition to including high-tech tracking from EOSS, balloons contain automatic dependent surveillance-broadcast beacons “to add an extra layer of safety to the flights,” Garcia Galvez says. This helps balloons be “seen” by pilots and air traffic control, even if they aren’t visible to the eye.

Balloons reach about 100,000 feet above ground, taking student payloads into the stratosphere — literally to the edge of space. At this altitude, temperatures can be as low as minus 80 degrees. Leaving the ground at about 6 feet in diameter, the balloons expand to up to 50 feet in diameter as they gain altitude. They eventually burst and fall back to earth, reaching speeds of 200 feet per second. When the apparatus falls to altitudes where there’s more atmosphere to fill a parachute, it slows down, eventually landing on Earth at about 2 miles per hour. Teams tracking the balloon retrieve it and its apparatus.

Thank you to Northeastern Colorado

“We’d like to share our gratitude with the farmers, ranchers and landowners in the rural areas of our state. Without them, our program would not be possible.” — COSGC Interim Director Bernadette Garcia Galvez