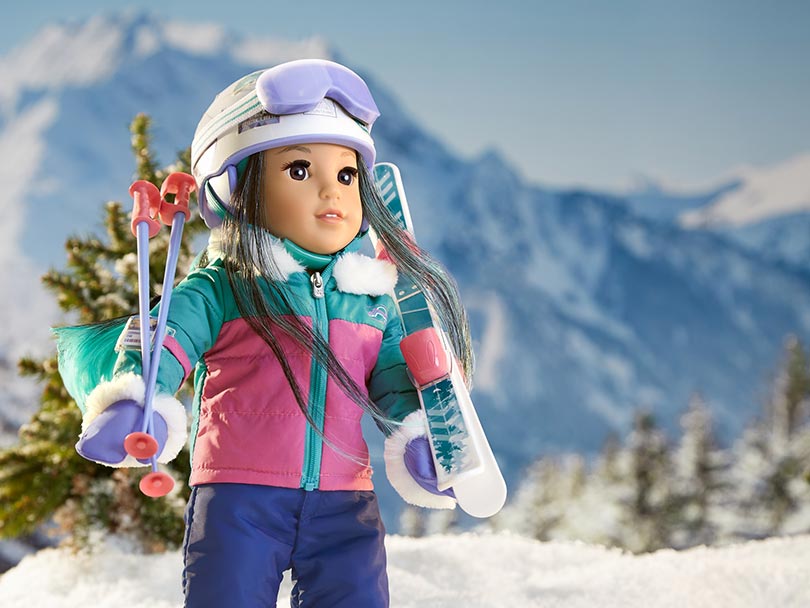 The Vision Behind the Girls

American Girl’s Girl of the Year™ was conceived in 2001 with the introduction of Lindsey Bergman, a Jewish girl who must maneuver through difficulties of her own. The company initiated the Girl of the Year™ campaign to help “empower today’s girls with confidence, understanding, and a broader worldview toward others.” Topics surrounding girls’ current issues, interests and activities help inspire the dolls year after year.

The Cornerstone of Corinne

American Girl collaborated with award-winning author Wendy Wan-Long Shang to create Corinne’s persona and to detail her life’s perspectives through two books: “Corinne” and “Corinne to the Rescue.” The 18-inch doll was created in the character’s likeness. “While filled with outdoor adventure and fun, Corinne’s message is, ultimately, about the power of love — between families, friends and communities — and the strength and courage that comes from it,” said American Girl General Manager Jamie Cygielman.

For authenticity and accuracy, American Girl assembled a panel of advisors to create Corinne, including three Colorado consultants: Lori Spence, an avalanche dog trainer and director of the Aspen Highlands Ski Patrol; William Wei, Colorado state historian and professor of modern Chinese history at the University of Colorado, Boulder; and Jennifer Ho, professor of ethnic studies at the University of Colorado, Boulder, president of the Association of American Studies, and an anti-Asian racism expert.

Where Can You Find Corinne?

Shop Corinne Tan™ and other amazing dolls at americangirl.com.