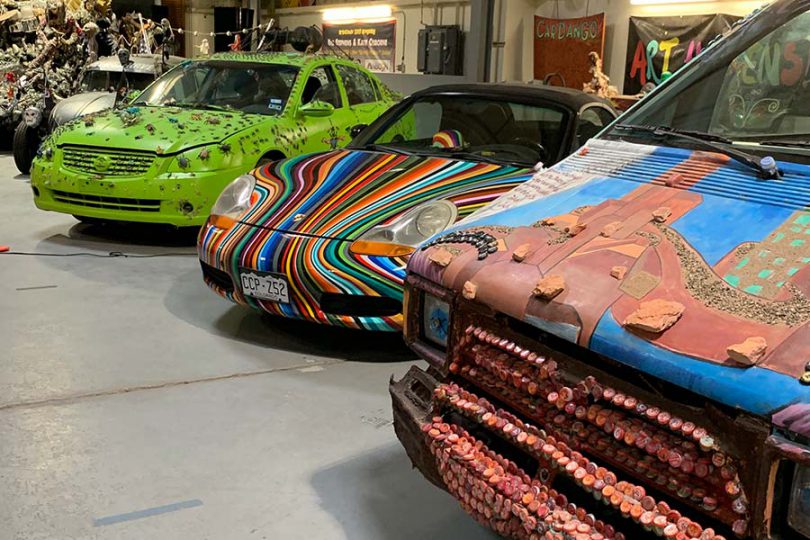 A peek inside Art Cartopia. 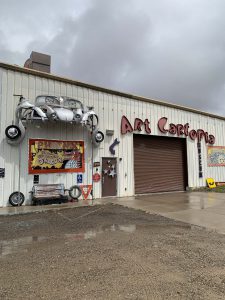 Art Cartopia welcomes all to visit the museum.

Folks near and far pop into the “quirky and colorful” Trinidad to visit Art Cartopia, an art car museum that opened in 2018 and houses more than 25 cleverly decorated transporting treasures.

Nine years ago, a portion of these museum auto artifacts debuted in the community’s first ArtoCade festival and parade, which is a mainstay today in the town of roughly 8,000. Thanks to artist Rodney Wood’s determination, the Trinidad Tourism Board committed to his proposal to promote a parade and festival on wheels. After attracting double his expectations of 20 to 25 cars with more than 50 entries, it was clear he was onto something.

It’s obvious that these art car artists used humor, technique and titillation in making their masterpieces, such as the psychedelic “Aurora Porschi Alice,” the inspiring “Albert Canstein” and the colossal “Phoenix” dragon. Visitors can take a guided tour and take part in one of the museum’s hands-on activities. Executive Director Amanda Palmer says, “We are building up to becoming an arts center to foster creativity in our little community.”

After a two-year hiatus — thanks to the COVID pandemic — ArtoCade was back on September 10. Spectators entered the streets of downtown Trinidad to watch the 75 art cars in this year’s parade and festival. Afterward, guests moseyed to CarDango at Art Cartopia where they continued the celebration with live entertainment, costumes galore and dancing into the night. It was here that big news was announced: The mayor of Trinidad officially proclaimed the second Saturday in September as Art Car Day.

Get More Acquainted with ArtoCade

In 2016, Colorado Country Life featured ArtoCade in the magazine where photographer Dave Neligh captured the essence of ArtoCade and writer Malia Durbano delved deeply into its history and the Trinidad Correctional Facility’s part in adorning a genius art car. 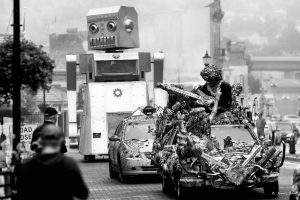 Catch on to the Craze

Mark your calendar for next year’s ArtoCade on September 9, 2023. Learn more at artcartopia.com and artocade.com. Art Cartopia is located at 2702 Freedom Road in Trinidad.