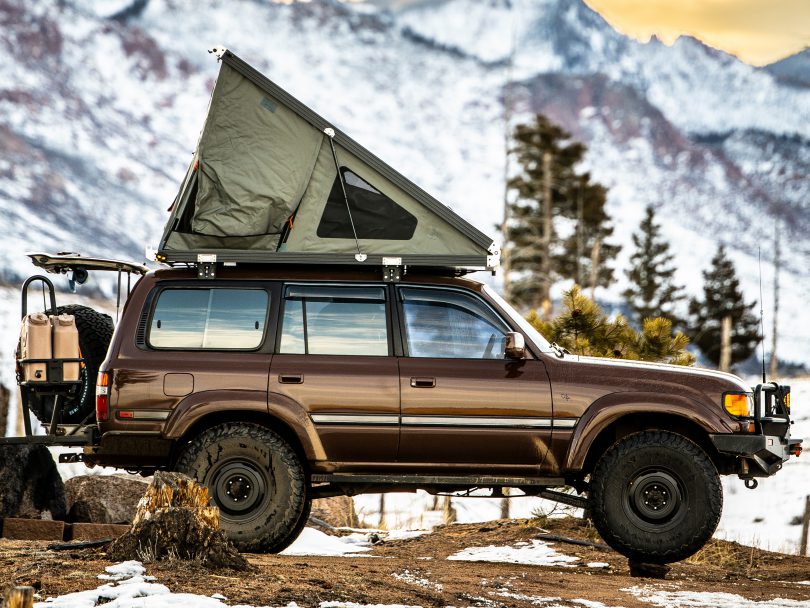 Where to go
So you’re sold on giving overlanding a shot. Luckily, you’re in the right state. “Colorado provides some of the best overlanding in the world,” says Pat Drake, founder of rental company Colorado Overlander in Glenwood Springs, touting our region’s colossal network of unpaved Forest Service, Bureau of Land Management and county roads. While Drake admits there are tons of obvious places to go in the Centennial State, from the San Juan Mountains down south to the desert outside Grand Junction, there are plenty more that aren’t as run-of-the-mill. You just have to look around.

Hot spots to put on your overland hit list include: the 68-mile Alpine Loop, which leads over Engineer Pass near Lake City in the San Juans of southern Colorado; the 160-mile Rimrocker Trail, which snakes along dirt roads and canyon tops from Montrose to Moab, Utah; various routes along the Continental Divide, including the heart-pounding (from the altitude) 80-mile Colorado Headwaters Overland Route; the White Rim Trail, a 100-mile dirt road paralleling the Green and Colorado rivers through Canyonlands National Park; and the McCuistons’ behemoth 800-mile Enchanted Rockies Trail from New Mexico through Colorado, which passes through nine national forests and two national parks.

Social overlanding
Join the overland tribe and you’ll never be want for social networking. The community’s social side is as robust as the rigs its followers drive. Consider “Mike” (so popular he keeps his last name anonymous), who runs his last Line of Defense overlanding blog (youtube.com/user/concealedcarrytips/about) out of Evergreen. His YouTube channel has amassed nearly 300,000 subscribers, with more than 29 million views. “I’ve been into backpacking and the outdoors forever, and I’ve been offroading ever since I got my driver’s license,” he says. “Overlanding was a natural progression of all this. It’s just a great way to disconnect from the hustle and bustle of daily life. There’s also a sense of accomplishment that comes with it — you understand how to be self-reliant and make it out to a remote destination knowing that everything you need is packed away in your vehicle.”

Overlanding Resource Sampler
Want to give overlanding a try? Make it easy on yourself your first time out by renting gear, a vehicle and more from the following outfitters (who can also offer advice on where to go).