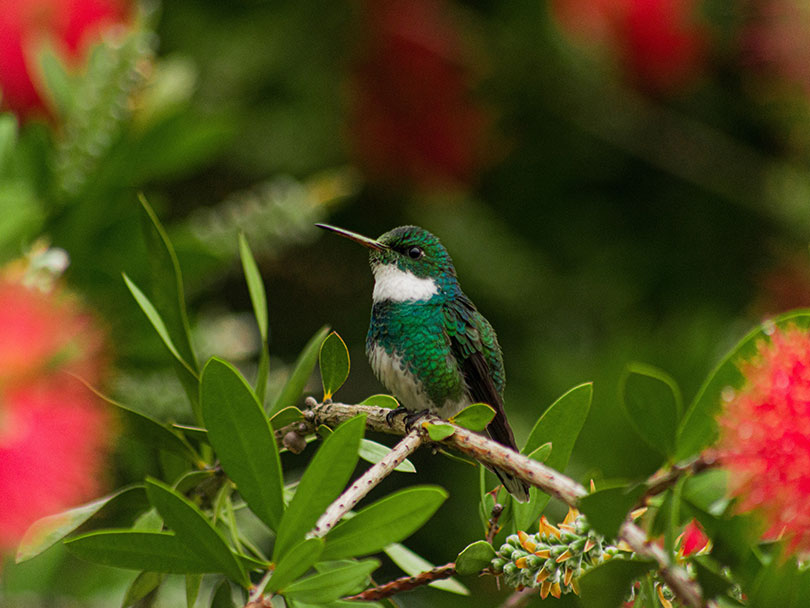 Readers frequently ask how to attract hummingbirds to their gardens. I favor cultivating a continuously blooming garden over maintaining bird feeders, but both are effective. One way to keep your garden flowering from spring to fall is to add flowering vines. They don’t necessarily need a lot of space, but they do need support, such as a fence, wall or trellis.

Before buying plants and climbing structures, it helps to know how vines grow and what kinds of support will be most effective. Some vines climb with tendrils that coil around anything within reach. There are two types of tendrils: shoots that grow out of the stem or modified leaves that emerge from a leaf node. Other vines grow their own suction cups or have adventitious roots (roots growing along stems) that need walls or fences with texture to climb. 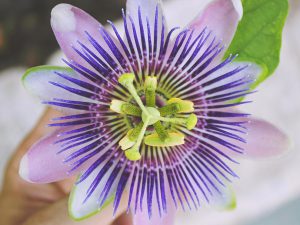 Several stem tendril vines grow well in Colorado and attract hummingbirds. Trumpet vine is well-known for the allure of its scarlet clusters. It thrives in full sun and poor, dry soils, but it can be invasive. Passionflower is treasured for its deep green leaves that provide a backdrop to showy, purple flowers. It grows up to 25 feet long. Another favorite is wisteria with its fragrant, deep purple flowers. It should be planted in a sheltered area to protect early buds from frost. Perennial sweet pea is a drought tolerant vine that blossoms in the heat of the summer. Since it reseeds and suckers freely in the garden, it needs heavy pruning in early spring. Honeysuckle is a vigorous twining vine that grows 10-20 feet in full sun. Avoid invasive Japanese honeysuckle in favor of trumpet honeysuckle with fragrant, reddish-orange trumpet-shaped flowers that bloom from late spring to early summer. All of these stem tendril vines tend to become heavy and need the strong support of a fence or wall.

In contrast to these weighty stem tendrils, clematis and climbing nasturtium have twining leaf tendrils that can’t adhere to large lattice trellises. Instead, they twist around slender wires, string or small twigs for support. Clematis is perhaps the most popular and most often planted flowering perennial vine. Its success depends on planting in a sunny location with ample organic matter and proper pruning. Jackmanii clematis is a good variety with royal purple flowers that bloom late spring to early summer. Climbing nasturtium is easy to grow as an annual. Its seeds can be planted directly in the soil next to a fence or planted in a container with a light trellis. As soon as you see leaders on the twining leaf vines, loop them around the strings or wires of your support.

English ivy and euonymus are examples of adventitious vines that grow well in Colorado. The small, pinkish-white flowers of euonymus are less likely to attract hummingbirds than bright red or purple flowers, but they are valuable sources of nectar for other pollinators.

Regardless of your choice, all of these flowering vines will add color to your garden and enjoyment for you and hummingbirds alike.