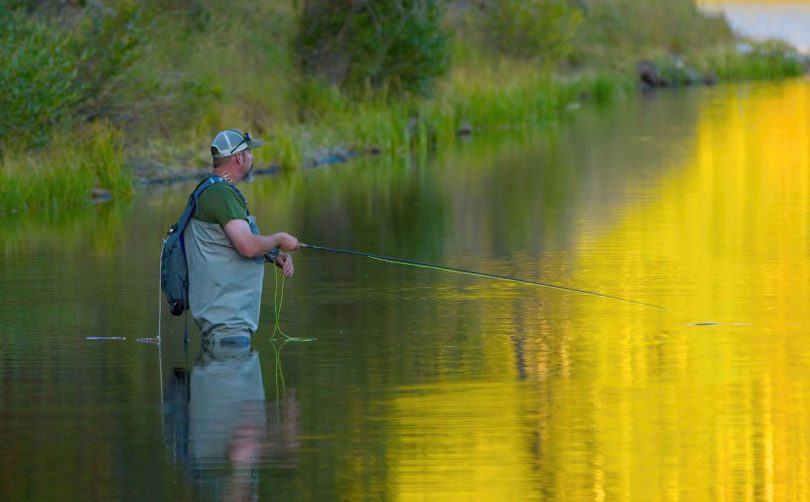 Just because it sparkles and shines doesn't necessarily mean it's the right stuff for fishing.

It’s been widely held, particularly among newcomers to the sport, that expensive, high-tech fly rods are vital to success in fly fishing. And no wonder: Fly tackle manufacturers continually bombard us with ads telling us that if we want to catch more fish, we need the blistering line speed and unheard-of casting performance only their revolutionary, state-of-the-art angling instruments are capable of delivering. Yada, yada, yada. The problem is that their razzle-dazzle rods often cost twice the going price of an arm and a leg, but you still want the right stuff for fishing.

All of which is fine and good if you’re extremely well-heeled and your goal is to hit the far bank of the Columbia River with a seven-inch streamer in a 60-mile-an-hour gale. Usually, though, what we really need is a rod that will drop a little dry fly neatly under that bush over there about 15 or 20 feet away, or flip a weighted nymph rig upriver about the same distance.

In truth, the majority of so-called revolutionary advances in rod performance are merely evolutionary enhancements to the same old equipment we’ve been using for a hundred years. Some are purely cosmetic: highly-figured reel seats of exotic hardwoods, nickel-silver fittings, titanium line guides — that sort of thing. Your fishing buddies may go gah-gah over that stuff, but the trout don’t actually give a hoot. And none of it is essential to catching fish. Regardless of whether they’re made from vertically-aligned, titanium-damped carbon fibers or spiral-wound space-age micro glass filaments, fly rods are still just fishing poles, right? Long, skinny sticks with wire guides and cork handles.

While it’s true that some high-modulus graphite rods are capable of slinging a fly line 100 feet or more, the average fly fisherman plainly is not. Nor does he need to be. Most fly fishing — for trout, anyway — is conducted on mountain streams where a 40-foot cast is an extremely long one, and a rarity at that. And most of our fish are caught at considerably shorter distances. Sometimes right at our feet.

In the end, fly fishing is a game of stealth, observation and a bit of finesse, not brute force. And performance is determined by the skill of the angler, not the price of the rod he happens to be carrying. Or to put it another way: It ain’t the arrow; it’s the Indian.

Dennis Smith is a freelance outdoors writer and photographer whose work appears nationally. He lives in Loveland. For more of his outdoor columns, click here.