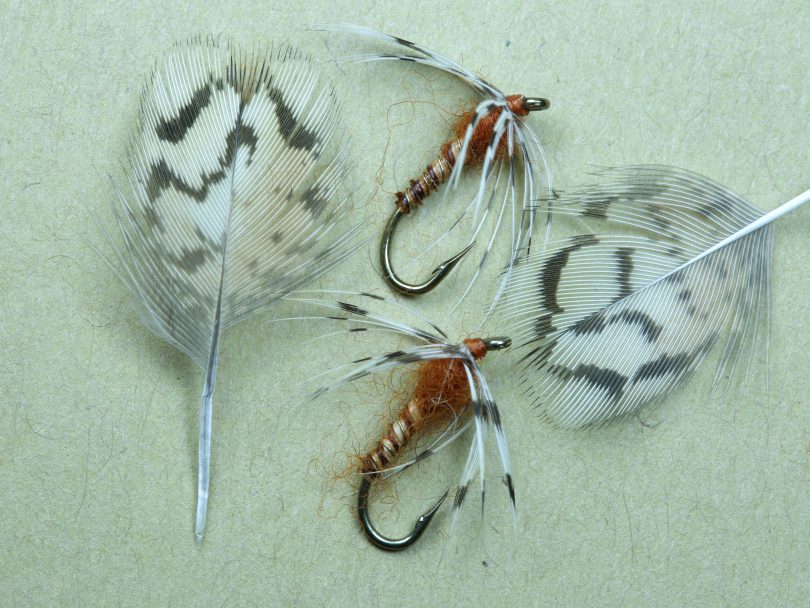 Dry flies float, wet flies sink and that’s pretty much the long and short of it. Well, mostly. Either of them can be fished on or below the surface, depending on the whims of the angler — and the fish. But that’s a whole other story.

For some reason, dry fly fishing has generally been seen among the fly-fishing cognoscenti as “classier” than wet fly fishing: more difficult, more sporting, more demanding, more effective, more fun … blah, blah, blah. I will say this: It is definitely more exciting to watch a fish rise to a dry fly than it is to feel one bump an unseen wet fly beneath the surface.

Some anglers — dry fly purists — would rather slit their wrists than fish a sunken fly. I’m just not one of them. Don’t get me wrong: I think dry fly fishing is neat, it’s extremely effective under the right conditions and, as we mentioned, more visually gratifying, but I’ll fish wet or dry flies as the spirit moves me. I don’t really care. Fly fishing is fun however you choose to do it.

That said, I learned to catch bluegills, bass and eventually trout on soft-hackled wet flies when I was a kid and I’ve never lost my affinity for them. Maybe it’s because I learned to make my own from locally available chicken feathers, and something about that just appealed to me.

The special hackle feathers necessary to make dry flies come from the capes and saddles of genetically-engineered roosters, and not only were they rare in those days, they were also priced well beyond the financial realities of a 13-year-old boy whose gross annual income varied with the number of 50-cents-an-hour lawn-mowing jobs I could find in the summer.

Consequently, I couldn’t afford them, but the dairy farmer down the road kept a flock of laying hens plus a bunch of exotic breeds — Silkies, Brahmas, you-name-it — and their wonderfully soft, beautifully mottled feathers perfectly mimicked the wing and leg motions of water bound insects. Better yet, they were free. “Uncle George,” as he was known locally, was a jolly, Santa Claus-like character in denim overalls who supplied the neighborhood with fresh milk, butter, eggs and cream. He also allowed us kids to rummage through his henhouse for feathers to tie our flies with if we asked politely. We also used the feathers from wild game birds and fur from the squirrels and rabbits we hunted. I don’t think we fully grasped the symbiotic implications of that then, but there was something mysteriously gratifying about tying flies from materials we scavenged ourselves from the farm or in the wild.

Today, I have drawers full of commercially-purchased fly-tying materials, but I still prefer to tie with feathers from barnyard chickens and wild game birds the boys and I hunt.