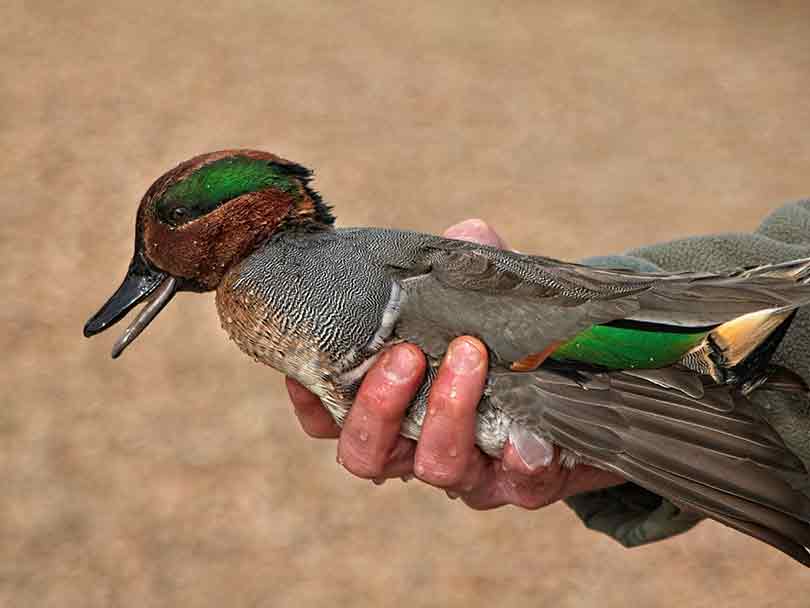 Folks used to talk about cooking “the Christmas goose” back in the day, but I never met anyone who actually did that. Everyone I knew cooked a turkey for Christmas — maybe a ham, or sometimes a big rib roast, but never a goose.

And because they’re small, we’ll have to have more than one. Probably eight or 10.

We want teal, specifically for its highly sapid, full-flavored meat. Many aficionados rank teal as the ultimate in waterfowl, but having said that, I should also point out that wild duck is an acquired taste — like fine wine or good scotch. It’s not something everyone comes to readily, but a person exposed to it often enough is likely to think it one of the most delicious of all wild birds. Ernest Hemingway, for example, considered teal the king of wild fowl when it came to taste. My sons and I agree.

Before you pop your duckies in the oven, there are a few things to keep in mind. It should go without saying that how you care for a duck in the field will dictate how it tastes on your plate. A freshly shot duck should be drawn and cleaned immediately and put on ice as soon as the hunt is over. You should dry pluck and serve teal whole, but do not — repeat, do not — overcook them. Wild duck should be served as rare as you can stand it, or as one of my old, wild-game cookbooks puts it: “When carving wild duck, blood should follow the knife.” You can, of course, cook them more; just don’t mummify the thing. Medium rare is a good compromise.

Teal weigh only about 6 or 8 ounces, so they cook very quickly. We typically salt and pepper the birds inside and out, stuff each with half an apple and wrap them with a couple strips of bacon secured with toothpicks. We arrange them in a roasting pan and start them in a 450-degree oven.

Heat half a cup of port wine and a tablespoon of lemon juice in a small skillet, then add a cup of plum jelly and blend. Ladle this over the teal and roast them for 10 to 12 minutes, depending on how rare you like them. When they’re done to your liking, remove them to a warm platter. Skim the bacon fat from the pan drippings and then thicken with about a half tablespoon of flour dissolved in a bit of water. Simmer this until thickened, pour it over the ducks and serve. But first, get some ducks. Preferably teal.