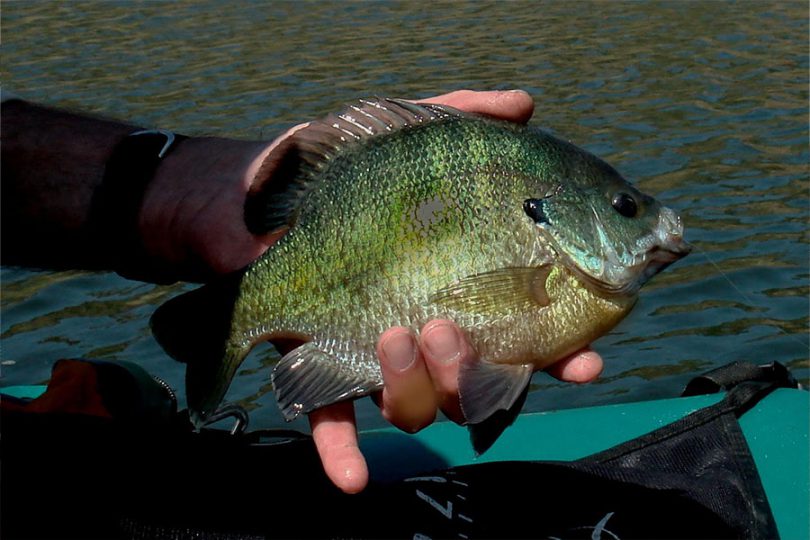 Nothing says summer to me like fireworks, hot dogs and sittin’ by the crick dangling a bobber and a worm under an old cane pole. Of course, that was back in the day when cane poles were about all a 10-year-old could afford, and crick-sittin’ was highly regarded summertime fun. That also took place back East where we had more than our fair share of “cricks.”

There was a whole lot more to crick-sittin’ than just lying in the grass waiting for a bluegill to make your bobber bounce, though. There were snakes and frogs to catch, trees to climb, tin cans to shoot with our BB guns, and a hundred other things guaranteed to keep a bunch of boys busy ’til sundown, after which we’d switch to chasing fireflies or choosing up sides for a game of Ringolevio (Ringolevio is much more fun when played in the dark). Some nights we’d light a kerosene lantern or build a small, stick fire and pull an all-nighter on the crick for bullheads, carp or catfish. But mostly, it was the bluegills, perch and crappies that defined our summer fishing adventures.

Cane poles have all but disappeared from modern tackle shops, and we don’t have many warm-water creeks in Colorado, so crick-sittin’ isn’t very popular here, but bluegills are as much fun today as they ever were and can be found in just about every farm pond, irrigation reservoir or abandoned gravel pit in the state. They may be stunted, though; sunfish are prolific spawners and their numbers need to be kept in check.

They’ll lay eggs all summer long if the water temperature stays in the 67-to-80-degree range. Bigger fish will eat bluegill fry (newborn bluegill) and thin them out, so look for a lake or pond with bass, crappies or catfish in it, and you’ll likely find some big bluegills in there, too. An average bluegill is about 6 to 8 inches long and a “nice” one will tape 8 or 9 inches. Anything over 10 inches is considered big. I’ve heard there are some nice ones in Boyd Lake in Loveland and Horsetooth Reservoir near Fort Collins. I’m also told Pueblo Reservoir and the Sawhill Ponds near Boulder hold some big ones.

Bluegills usually colonize in shallow water near weed beds or docks where they are easily seen (and caught), but the big ones will almost always be found in deep water. You can catch them using use small jigs or spoons on ultra-light spinning gear or a fly rod rigged with a sink tip line and weighted flies to get down deep. You could also dangle a worm beneath a bobber and a cane pole — if you can find one.

Dennis Smith is a freelance outdoors writer and photographer whose work appears nationally. He lives in Loveland