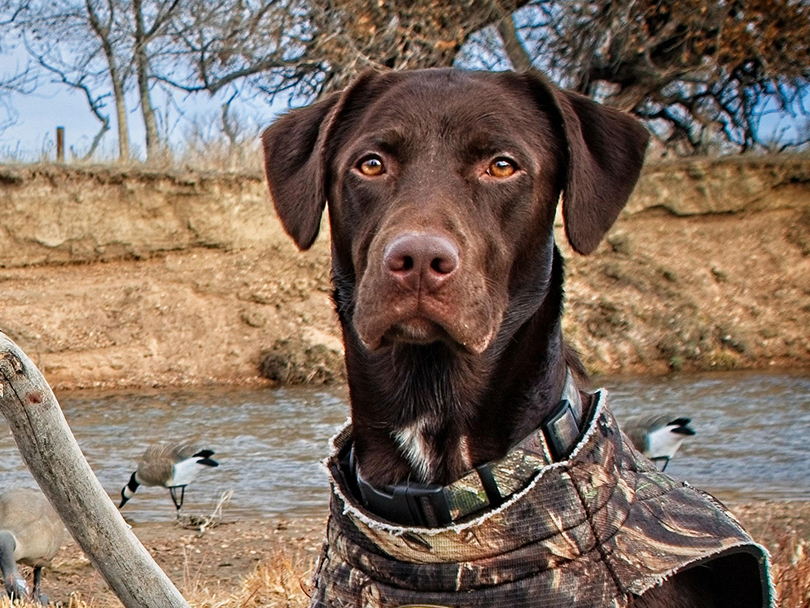 By some incredibly serendipitous twist of fate, the first hunting dog the boys and I ever owned turned out to be one of those uniquely talented, once-in-a-lifetime retrievers every duck hunter dreams about. He was a remarkably gifted black Lab we named Moses, whose eagerness to please and innate ability to find and retrieve downed waterfowl under the most extremely challenging conditions bordered on the supernatural.

We bought him as a pup from an old farmer on the west side of Loveland who told us straight up, “This here pup ain’t gonna be no cutesy-pie show dog or field trial champ. He’ll be a feisty, big-boned rascal with webbed feet, lungs like a race horse and a heart to match. He’s got a lot of Newfie in his blood and he was bred to hunt. Period. He’s only 8 weeks old but he probably already knows more about duck huntin’ than the three of you put together. You can teach him to sit, stay and come if you like, but when it comes to fetchin’ ducks just stay the hell out of his way. Learn to trust his instincts; he’ll know exactly what to do and how to do it.”

The old farmer’s words proved to be astoundingly prophetic. In time, we learned Moses could tell when ducks were on the horizon long before we could see them; that he would brave blinding snowstorms, sleet, rain, howling winds and icy whitecaps to make a retrieval and love every minute of it; and that he could swim underwater in pursuit of diving ducks if that’s what it took to bring home the prize.

Moses has been gone for over three decades now, but the boys and I still talk about him. In fact, not a waterfowl season goes by that we don’t find ourselves dredging up our favorite memories of “Ol’ Mo,” as we sometimes called him: “Remember the time Ol’ Mo retrieved his first goose? Damned thing was twice as big as he was, but it didn’t scare him none. How ‘bout the time we saw him dive underwater to retrieve a bufflehead in that vicious November storm on Simpson Ponds and then lost sight of him in the swirling snow?”

We were horrifyingly certain he had drowned in the raging whitecaps, but then he showed up back at the blind 20 minutes later, dumped the duck at our feet and stood there looking at us like we owed him money. We were properly stunned — and thankful beyond measure that he actually survived. Moses, of course, was unfazed by it all.

Recently, three more Labs have come into our lives. Sisters from the same litter, they share the natural Labrador instinct to hunt, but one of them, Bailey, is so excessively intense, driven and crazy to retrieve that we sometimes wonder if she could be related to Ol’ Mo.