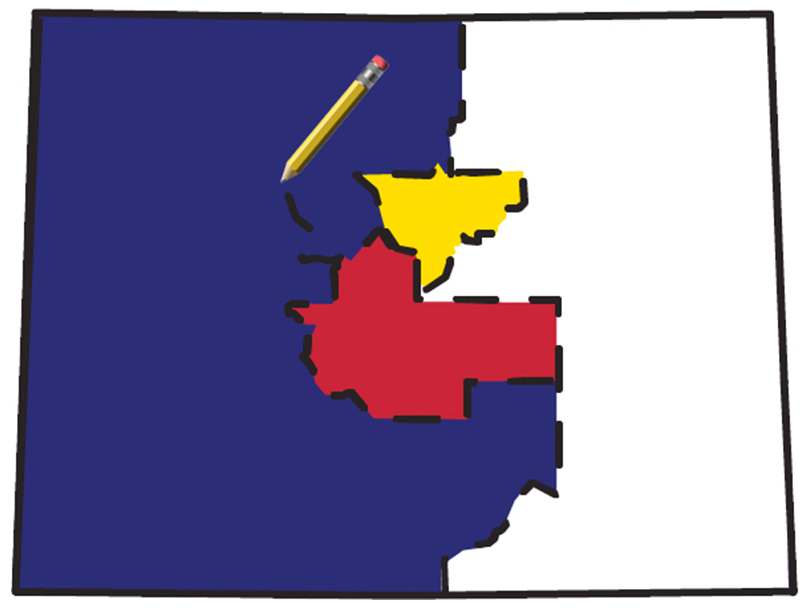 In 2021, two new redistricting commissions will redraw Colorado’s U.S. congressional and state legislative districts. Redistricting takes place after each decennial Census and is mandated by the U.S. Constitution and U.S. Supreme Court.

Theoretically, redistricting is simple. The process is designed to equalize the population of Colorado’s seven (soon to be eight) congressional districts, 35 Colorado Senate districts and 65 Colorado House districts.

In practice, redistricting is political. When one party controls the process, it seeks to pack as many of the opposing party’s voters into as few districts as possible in order to make the rest of the districts more favorable to its own candidates. This is called gerrymandering.

In 2018, Colorado voters, wary of gerrymandering, passed Amendments Y and Z to the state constitution, creating two politically-balanced commissions to redraw districts using neutral criteria, such as minimizing splits to cities, counties and communities of interest. One commission redraws congressional districts and the other redraws state legislative districts. Each commission will consist of four Republicans, four Democrats and four unaffiliated voters.

The application deadline is November 10 and rural applicants are encouraged.