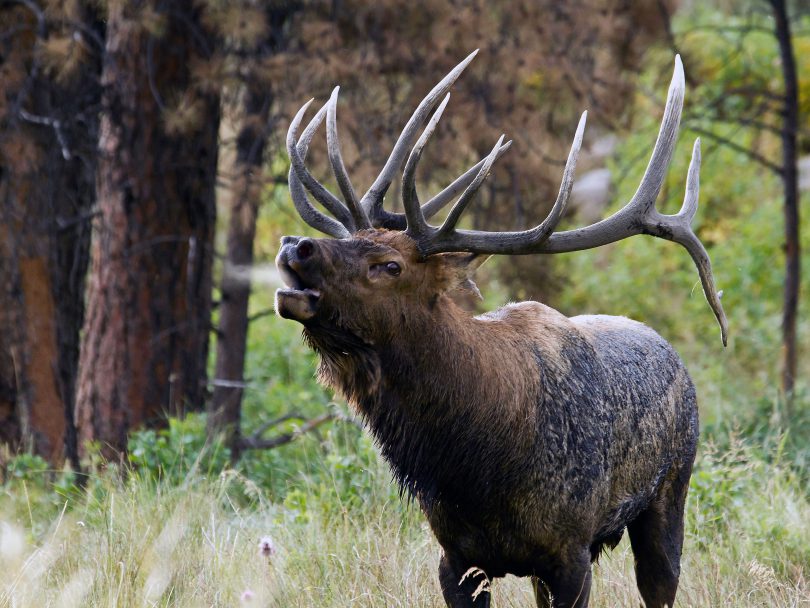 For the longest time I honestly believed the oppressively hot days of July and August were called “the dog days of summer” because they were so unbearably hot and sultry, they weren’t fit for a dog.

Then, a while back, I found out that was a bunch of hooey. The term “dog days” actually refers to the 20 days before and the 20 days after Sirius, the Dog Star, aligns with the sun on July 23 of every year. Sirius, it just so happens, is the brightest star in the constellation Canis Major, which is known to astrologers and stargazers as the Greater Dog. It is so bright, in fact, the ancient Romans believed the heat it generated, when added to the heat of the already intense summer sun, created the 40-day stretch of obnoxiously hot weather we’ve come to know as the dog days of summer.

According to the stars, dog days officially end on August 12 — right about the time Colorado’s bow hunters are gearing up for the big-game seasons. For example, the archery pronghorn (antelope) buck season opens August 15, three days after the end of dog days. Taking a mature male pronghorn with a bow is no walk in the park. These animals are spookier than a cave full of bats and can run like the wind for miles on end, which they do at the first sign of danger. They live on the treeless, open plains where they can see predators and hunters approaching for miles, and their vision is equal to that of a human equipped with an eight-power binocular, so sneaking up on one is next to impossible. It can be done, but many antelope hunters prefer to hide near a prairie stock tank or natural water hole and wait for a buck to come to them, a technique known as “sitting water.” It can mean long hot hours in the sun.

Archery elk and deer hunters have it a little cooler but not much. Their seasons open the first of September and they usually hunt at much higher elevations, often right at or just below tree line. Spot-and-stalk methods, and creeping quietly through known elk country are common tactics, but early fall is prime time for bugling elk. Cow calls and elk bugles are used to lure rutting bulls into bow range. Knowledge of animal behavior and habitat are crucial, and scouting elk country well before the season opens is critical. Some of my bow-hunting buddies are in the high country right now setting trail cameras and searching for elk wallows, rubbed trees and bedding areas. We may be right smack in the middle of dog days, but if hunters want to increase their chances for success this fall, they can’t start too soon. Sometimes it’s wise to pay attention to the stars, even if it means working up a sweat.