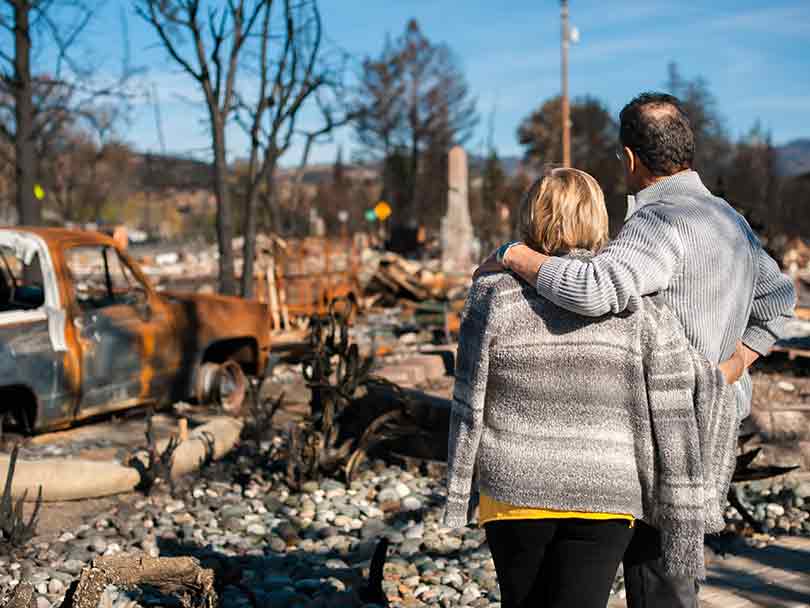 Donations from Colorado Country Life readers were part of the nearly $125,000 raised to assist some of those affected by last year’s wildfires.

A donation of $2,500, matched by funds from Holy Cross Energy in Glenwood Springs, was given to the Eagle County Paramedic Service, which was affected by the Grizzly Creek Fire.

The remaining funds were presented to victims and organizations affected by the East Troublesome Fire in Grand County. Checks were presented to two Mountain Parks Electric employees who lost their homes, three MPE employees whose homes were significantly damaged and nine first responders whose homes were either destroyed or damaged by the fire. Checks for $4,125 each were given to the Mountain Family Center and the Grand Foundation to be distributed to other victims. Another $8,000 was given to the Grand Lake Fire Protection District.

Funds raised included $50,000 from the CREA board, which was matched by Tri-State Generation and Transmission Association. Additional funds were donated by individual electric co-ops, their directors and employees, as well as readers of Colorado Country Life.

“My travels [while presenting checks] took me through parts of the Cameron Peak wildfire and the East Troublesome Fire areas. It was shocking to drive through miles of burned forest. Even the snow did not soften the blow of what these record-setting wildfires did to the landscape. Needless to say, the burned homes and outbuildings were even more devastating and stark to see. The generous support provided through CEEI will help people recover faster.”