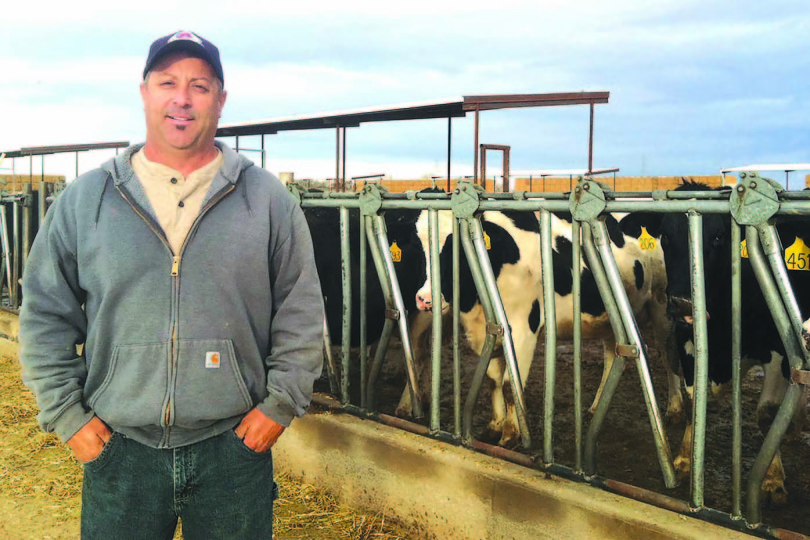 "I wish we had done this a long time ago. Getting the energy audit really exposed us to the tremendous value of these improvements,” says Jim McClay, owner of Cottonwood Dairy in Fort Lupton.

Colorado farmers report spending an average of about $33,000 per year on electricity, and the electricity needed to power irrigation pumps typically makes up more than 50 percent of total farm electricity expenses, according to the Colorado Small Hydro Association. Colorado farmers are essential in our communities, so in an effort to help relieve some of this burden, the Colorado Rural Electric Association and its electric cooperatives are teaming up with like-minded partners to help farmers improve their efficiency and tap into savings.

CREA, its member electric cooperatives, the Colorado Energy Office and several other partners are working with the CDA to bring these projects to life. “Colorado’s electric co-ops have long used hydropower as a renewable source of generating electricity,” says CREA Executive Director Kent Singer.

“We’re excited to work with the Colorado Department of Agriculture as it identifies some untapped sources of hydropower that will benefit our co-op member-owners.”

Achieving greater energy efficiency can greatly reduce energy costs. In Meeker, cattle rancher George Wenschhof had a 23-kilowatt hydropower plant installed to his center pivot sprinkler irrigation system. The new hydropower plant is saving him $10,000 to $13,000 in avoided electric charges, according to a case study from CEO.

With the RCPP funding, 60 to 70 percent of the costs of the new irrigation system coupled with hydropower will be covered, according to Eric Lane, CDA director of conservation services. Because there is no cap on how much financial support producers can incur, they can apply for additional funding through programs such as the Rural Energy for America Program, a competitive grant program that funds energy efficiency and up to 25

percent of their cost of renewable energy technologies. “Depending on how they fare with REAP and how competitive it is, they can have the vast majority of the costs covered through those two USDA programs,” Lane says.

“Years ago, when a farmer wanted to apply for a permit to put a small hydropower system on their farm — just a micro hydropower system — they would have to go through very similar types of permitting requirements that a Hoover Dam-sized project would have to go through. And that made zero sense,” says Nate Watters, CEO communications manager and public information officer.

In May 2014, Colorado Gov. John Hickenlooper (D) signed a bill that loosens government regulation in small hydropower development. CEO worked with the Federal Energy Regulatory Commission, which helped pave the way to the bill’s signing. As a result, the permitting process for small hydropower projects in Colorado is less strenuous.

Two years ago CEO published The Small Hydropower Handbook that offers straightforward information, such as establishing water rights, types of systems and federal and state incentives, to those interested in installing their own hydropower system. CEO’s latest undertaking is a technical guide that will piggyback the hydropower handbook, which will assist the CDA and ag producers when building small hydropower projects to ensure the $1.8 million awarded by the USDA is maximized to the fullest extent.

“I wish we had done this a long time ago. Getting the energy audit really exposed us to the tremendous value of these improvements,” says Jim McClay, owner of Cottonwood Dairy in Fort Lupton.

The eight Colorado dairy farms involved in the pilot program received several energy efficiency improvements, such as lighting upgrades and installation of free-heat tanks. As a result of those energy efficiency projects, CEO anticipates the farm owners will see a payback period of 1.5 years, an impressive time period compared to the 4.8 years originally projected.

Irrigators were initially included in the pilot program, but, regrettably, projects were stalled because audits and upgrades would interrupt business. But that’s not the case this year. “Because we’re launching the program a lot sooner than the pilot last year, we’re hoping that will give those irrigators enough time to sign up and get their audits done prior to their busy season,” Watters says.
“We look forward to working with CEO as it expands the scope of the project to include irrigation systems,” Singer adds.

Farm producers who are interested in participating in the Colorado Dairy and Irrigation Efficiency Program can fill out applications at colorado.gov.