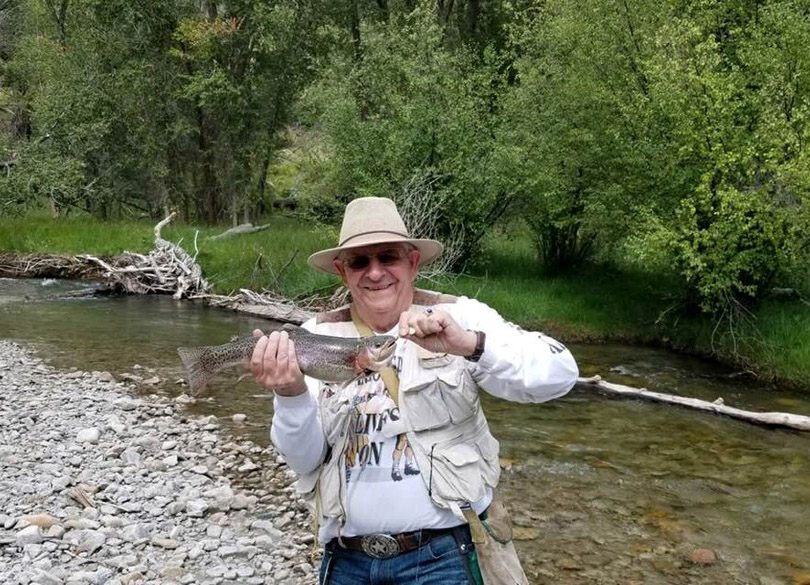 Michael M. Toler, who has a vacation home in Buena Vista, delights in his catch of a 5-pound rainbow trout while fishing in September 2019.

Several years ago, I was an infantry major in the Army and getting dressed in my camouflage and boots uniform. I was an inspector general at the time and wore only a more formal uniform: Class A “greens.”

I had been in the Army for 15 years by then, with three sons. We lived on post at Schofield Barracks, Hawaii, surrounded by soldiers every morning running past our quarters singing in formations. I was wearing the field uniform to inspect training ranges that day. My youngest son, Jeffrey, 6, looked at me in an odd way that morning and asked, “Daddy, are you going to join the Army today?”

I laughed but realized, since he was born, I had only been in office-type jobs, exclusively wearing what appeared to him as a green suit. I answered, “Yes, Jeff, I am joining the Army today.”
Michael M. Toler, New Windsor, New York

I was sitting in the recliner when my tough Marine husband walked in the room. He grabbed a pen and started to draw on my big toe. He set the pen down and I looked at my toe and asked, “A truck?”

I took my 5-year-old grandson into Walmart’s new auto-flush restroom. When we went to leave and the waste didn’t flush, Henry exclaimed, “I think it needs batteries!”
Bill Blomstrom, Yuma