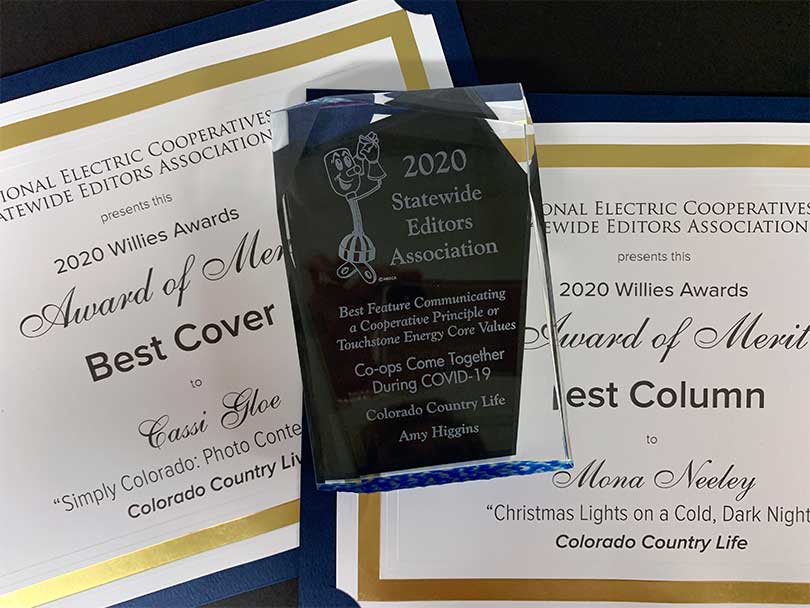 The magazine earned a first place gold award in the “Best Feature Communicating a Cooperative Principle” category with its May story by Amy Higgins titled “Co-ops Come Together During COVID-19.” Written at the beginning of the pandemic, the story captured how Colorado’s electric co-ops adapted quickly to the new situation while continuing to meet their consumer-members’ needs.