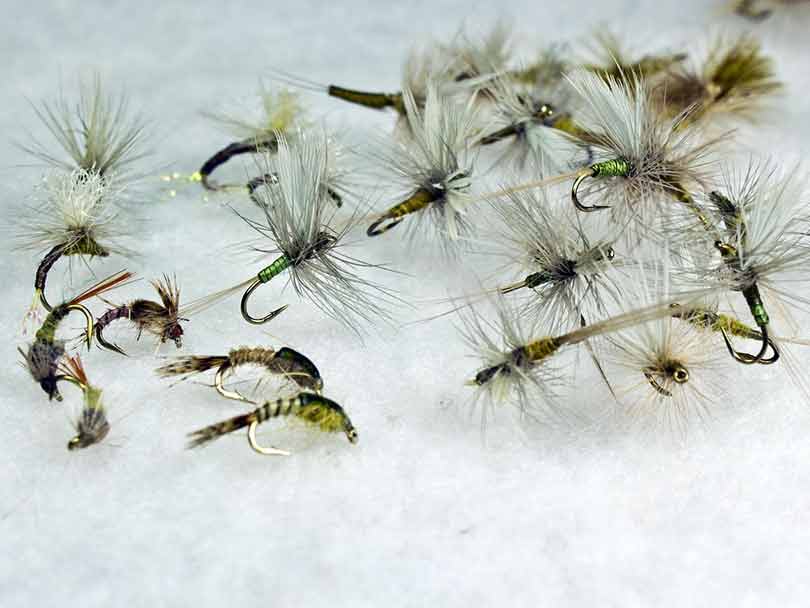 Some of my fly-fishing buddies can identify the order, family, genus and species of trout stream insects; distinguish between males and females; tell you what stage of development they’re in; and how many veins they should have in each wing. How they can tell the sexual identity of a minuscule mayfly is beyond me, but it’s certainly a fun frill to accompany a campfire story of, “I caught one this big.”

Many anglers take a serious interest in this fragment of fly fishing. After all, insects are central to the sport, aren’t they? I’ll admit it’s fascinating, but it can become confusing quickly.

I can identify a few species of aquatic insects and tell you their commonly recognized names — or at least I think I can. But even then — because the colors and markings of some vary from region to region and, in some cases, from stream to stream — I’m never really certain.

To further cloud the issue, the popular name of an insect may differ from one section of the country to another. For example, a Pale Morning Dun mayfly in the Rocky Mountain west might be known as a Little Sulphur in Pennsylvania and a Light Cahill in the Catskills. Add the Latin, scientifically-assigned taxonomic designation to the mix and things start to get hairy real fast. In the entomologists’ world, the common Green Drake mayfly is known as Ephemerella guttulata, and the little yellow stone flies we fishermen simply call Yellow Sallies are referred to as Alloperla caudata by aquatic biologists, but if you ask for a dozen of those in your local fly shop, you’ll just get a bunch of strange looks.

Consider that we haven’t even mentioned the catalog of endlessly imaginative monikers given by inventive fly tiers to their feathered creations. There are hundreds of thousands, if not millions of them: Woolly Buggers, Zoo Cougars, Pink Ladies, Royal Coachmen, Sparkle Duns, Rainbow Warriors… Like I said, the list is endless — and imaginative. And the inspired names often bear absolutely no relationship to the insect they supposedly mimic. The universally popular Gold Ribbed Hare’s Ear nymph, for instance, is generally thought to imitate a caddis fly larva, but you’d never know that from its name.

So, is knowing the names and taxonomic classification of all these flies important? Does it help us catch more fish?

I’m not sure. It can seem unnecessarily academic on the one hand, but there’s a kind of mystical, poetic logic to it all on the other. Understanding which insects are likely to be active and attractive to the fish at certain times of the year can help you decide which flies to select. That can provide a sense of purpose and instill a bit of confidence.

But the trout don’t care. Their lives depend on these flies and they don’t know the names of any of them; they just eat them.