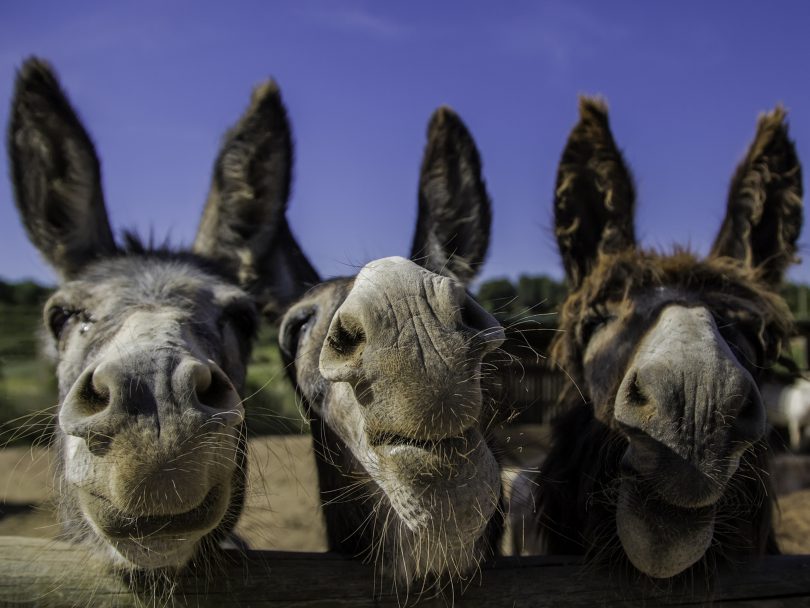 Right after graduating from high school, my daughter had a summer job at the company where I worked. In the mornings when we were riding together we would pass a little farm where three donkeys were grazing next to the road, so we would wave and say hello to them.

After she moved to Ithaca to attend Cornell University, she was terribly homesick. We would call and email each other almost daily. One day I received this message and photo from her: “I saw three donkeys and I thought of you!” I didn’t know if I should laugh or cry.
Marika Ujvari, Windsor

On a hike with our 3-year-old in Winter Park, he started to get a little bit whiny. He pointed to one of his legs and said, “Mommy, this leg has walked for a long time.” I replied, “Oh, it has? What about the other leg?” He then pointed to his other leg and said, “No, this leg hasn’t.”
Mara Prandi-Abrams, Winter Park

A good friend who lives in Wyoming was hosting several grandchildren from Colorado. In the evening when the family gathered to watch television, the youngest grandson approached the television and began sliding his small hand across the screen. His granddad asked, “What are you trying to do to the television?” The young lad responded, “Granddad, I’m trying to change channels!” Obviously his tablet had a more interactive screen, but, then again, maybe he was just ahead of his time.
George and Phyllis Clark, Colorado Springs