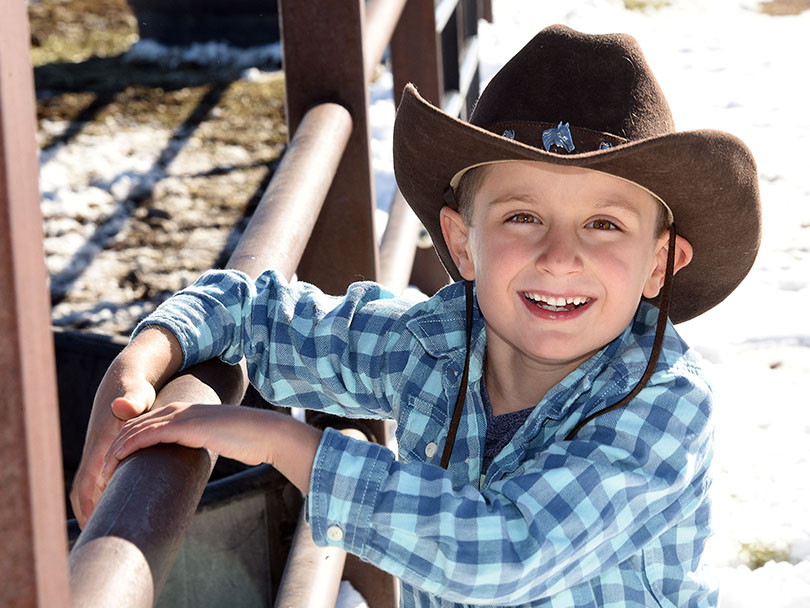 A little boy has dreamt of horses for more than two years. Big horses, little horses, anything associated with horses, and the equine world has helped him focus on good things while distracting him from stuff that little boys should never have to think about.

That was the cold, hard reality facing Zack Montgomery and his parents, Nicole and Mike, in the days leading up to the Winter Carnival in Steamboat Springs in 2018. Rather than focusing on the excitement of skiing, sledding and other festivities of this annual wintertime celebration in Yampa Valley Electric’s service territory, something else was happening. Something foreboding and sinister.

Zack awoke one morning with a pain in his leg. He told his parents that it really hurt. Several days later he awoke to a different pain. His side hurt.

Increasingly concerned, Nicole and Mike took their then 4-year-old son to their pediatrician for tests where it was determined that Zack had abnormal fluid around one kidney. The pediatrician recommended they immediately take Zack to Children’s Hospital Colorado on the Colorado Front Range for additional tests. And it was there, at this world-renowned medical facility, that doctors discovered a mass on one of Zack’s kidneys.

Nine days later a team of physicians removed a cancerous hematoma, along with roughly 40% of the surrounding kidney tissue. And to make sure the cancer would not return, 22 weeks of chemotherapy was recommended.

Month after month the family traveled the long stretch of road between Steamboat Springs and the Denver metro area in what must have seemed like an endless nightmare of visits to the Anschutz Medical Campus and Children’s Hospital in Aurora. Yet throughout the grueling ordeal, Zack thought of horses — and his Labrador retriever, Jake, and any soft, furry animal that took his mind off the chemotherapy and instead to a happier place.

On his 5th birthday, despite the painful side effects of chemotherapy, Mike and Nicole arranged a horseback ride for Zack near their hometown of Steamboat. And Zack’s interest in horses quickly became a full-blown obsession, according to Nicole. “We had to find a way to keep horseback riding in his life.” 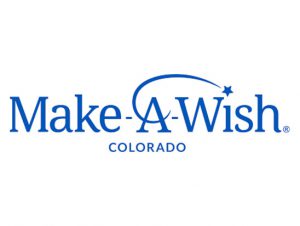 Enter Make-A-Wish Colorado, a nonprofit organization founded on the hopes and dreams of children with critical illnesses. Earlier this year amid the COVID-19 pandemic, Zack and his family were granted what seemed like an impossible dream, considering all they had gone through and the debilitating financial pressures involved in expensive medical treatments.

Given his infatuation with horses, animals in general, as well as the great outdoors, Zack and his family were given a dream vacation on the Latigo Ranch, a five-star dude and guest ranch near the foot of the Gore Range outside of Kremmling in Mountain Parks Electric’s service territory.

Together with his sister, Skylar, and his parents, Zack enjoyed some priceless recovery time in the Rocky Mountains, riding his own horse for days, just like he dreamt of doing some day.

Owned and operated by Lisa and Randy George and their family, the Latigo Ranch was big medicine for the entire Montgomery family and just what the doctor ordered for Zack. 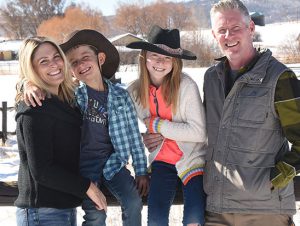 “Every day was special,” Nicole said. “We were each assigned a horse for the week and we had two rides a day. Zack absolutely loved his horse and learned so much. As a family we got to wrangle a herd of cows, try cow penning and just enjoy the outdoors. The kids also got to fish, rock climb and swim. The people were wonderful, the food was incredible and the surroundings stunning.”

Despite the darkest hours, sometimes wishes do come true. And happiness happens.

“Zack cried the whole way home, the rest of the day and until he fell asleep,” Nicole said.

The blueprint for the Make-A-Wish Foundation began in 1980 in Arizona. Before dying from leukemia, 7-year-old Christopher Greicius was asked what he wanted if he was magically granted one final wish. He said he wanted to become a police officer.

When Tommy Austin with U.S. Customs and Border Protection heard about Christopher’s wish, he immediately contacted the Arizona Department of Public Safety and a small trickle of goodwill became a flood of benevolence and unexpected generosity. Christopher’s last wish was granted by an army of volunteers and public servants.

He rode in a police helicopter, was presented with his own police uniform and was sworn in as an honorary Arizona highway patrolman. And from those humble beginnings, a nonprofit organization was created that has since grown to 62 chapters across the United States with 47 affiliated charities worldwide. Along the way more than 330,000 wishes have been granted to children ages 2 to 17.

In 1983, Colorado’s chapter was among the first state Make-A-Wish organizations formed. It has granted more than 5,500 wishes statewide, and as everyone involved in this program soon discovers, a child’s dream is powerful medicine — for both the recipients and for the thousands of volunteers who become involved in the gift of giving. 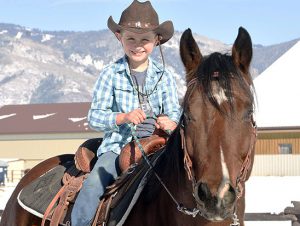 Zack Montgomery sits in his happy place on the on the back of a horse.

“A wish come true helps children feel stronger, more energetic, more willing and able to battle their critical illnesses. For many, the wish marks a turning point in the fight against their illnesses. Doctors, nurses and other health professionals say the wish experience works in concert with medicine to make their patients feel better emotionally and even physically. That is why wishes matter. That is why we grant wishes,” a spokesperson for Make-A-Wish said.

That’s not some unfounded, wild-eyed theory. It is scientific fact supported by recent findings in a study that analyzed the comparative health benefits between two separate groups of children. One group consisted of kids who participated in the Make-A-Wish program and another group that did not. Those who participated in the Make-A-Wish program benefited both mentally and physically, according to Dr. Anup Patel, a pediatric neurologist with Nationwide Children’s Hospital.

“A wish is more than just a nice thing to do,” he added. “You’re going to help them get better. And now I’m passionate to make sure that every kid out there has that chance.”

You would not have to convince Nicole about the intrinsic value of a child’s dream come true. She has seen the benefit of the program firsthand through her son Zack, who turned 6 this year.

“To be honest, Zack is doing so well that I don’t like to think of him as sick,” she said. “He is nearing his two-year scans, which is a big milestone for us. The wishes, as I understand them, are not just a pause but a way to celebrate being on the other side of treatment; a way to connect and relax as a family while creating memories that will last for Zack, more so than the memories of being sick.

“It’s almost like a gift to cherish after the suffering, pain and fear endured by the entire family. It also means so much more coming at this time, during the pandemic, which is obviously another time of such deep stress and worry, when travel is limited and finances are stretched.

“It’s an added gift. We feel such appreciation that people make it their life’s work to help families heal, and we plan to pay it forward in any way we can forever,” she said.

And the prognosis for Zack?

Well, if his periodic CT scans go well for the next five years — and there’s every indication that they will — he will be considered cured of this deadly form of pediatric cancer.

In the meantime, his family will continue to hope and pray — and Zack will undoubtedly continue to dream of horses.

Matt Vincent is a freelance writer and photographer living on the northeastern plains of Colorado and a former editor of ESPN Outdoors.

Wishes come in one of three ways:

Referrals for wishes are available online at the Make-A-Wish Colorado website at colorado.wish.org.