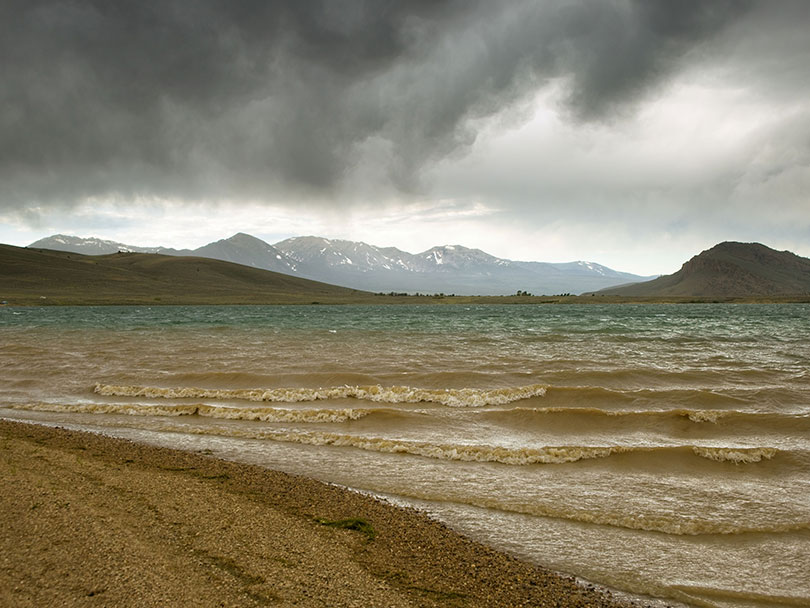 I can remember very few times when fishing the Delaney Buttes Lakes in North Park that the boys and I haven’t been rained on, sunburnt, snowed on, hailed on or just plain blown off the water — sometimes all in the same day. Don’t even get me started on the mosquitos — clouds of them. They seem smaller than those we see down here in the flatlands, but what they lack in size they make up for in numbers, persistence and all-out blood-sucking viciousness. There must be billions of them up there. Literally.

I can deal with the blistering, high-altitude sun, the surprise snow squalls, afternoon rain showers and even the clouds of mosquitos, thanks to judicious applications of Jungle Juice and the miracle of portable mosquito repellers. But I cannot abide the wind. And North Park, lying as it does tight against the south-central border of Wyoming, is positively notorious for its winds. I’m not talking about summer zephyrs or gentle mountain breezes, either. I’m talking about the full-on, rock-your-camper, knock-you-off-your-feet kind of wind; the kind you have to lean into at a 30-degree angle just to remain erect. That kind. At times it seems like it never stops. It can be an abomination to fishermen.

Ironically, it can also be a blessing. Sagebrush lakes in the high intermountain valleys like North Park are incredibly fertile, due, in part at least, to all the nutrients leaching into them from cattle ranches in the surrounding area. An unimaginable volume of cow manure deposited over centuries of time from thousands of acres of ranch land eventually finds its way through the soil and into the lakes. All those nutrients support an enormous food factory of aquatic weeds, insects and crustaceans: chironomids, caddis flies, mayflies, damsel and dragonflies, snails, scuds, crayfish and who knows what else.

When those high winds blow across the Delaneys they force fishermen off the water but they also generate huge, crashing waves, churn the muddy bottom and agitate the insect-laden weed beds, dislodging a smorgasbord of invertebrates, crustaceans and minnows. Trout will begin to gather near the windward shore to feed on the sudden glut of food washed in by the wind and waves. You can catch some monster trout by casting your flies or lures to the outside edge of the mud line that forms. All you have to do is wait for the wind to die down. But this is North Park, where the wind almost never stops blowing, so you may have to wait a while.