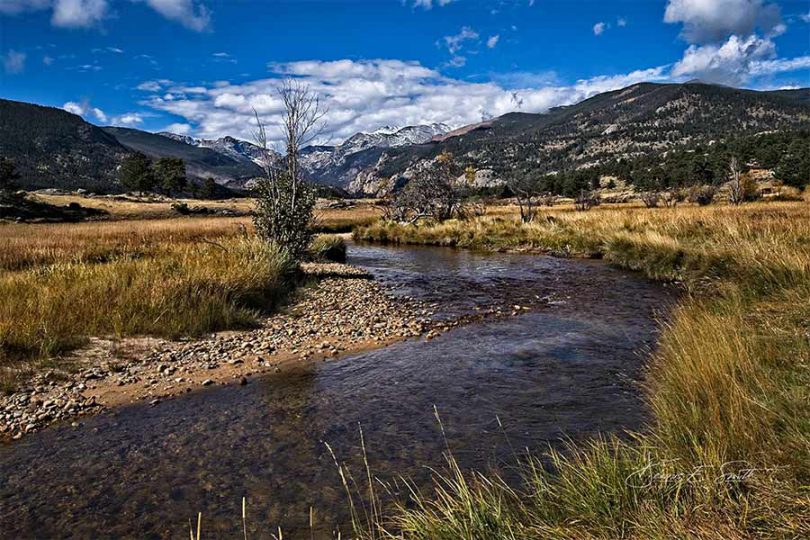 Fishing brook trout in the Rockies is tricky but doable

It’s no secret I’m fond of brook trout. I’ve been drawn to them and the wild places they’re found ever since I was a kid.

Interestingly, in the northeastern parts of the U.S. and Canada where they’re native, they can grow to exceptional size, but they seldom get much over a foot long here in the Rockies. They require cold, clean, highly oxygenated water to survive, which pretty much limits them to our high-altitude, pollution-free, backcountry creeks and lakes.

One of my favorite brookie streams begins life as melting snow and a meandering web of ice trickles high on the eastern face of the Continental Divide in the Mummy Range. I haven’t actually been to its source, but I’ve been to places that look just like it on the map. I can visualize the pockets of algae-stained snow lingering in the shadows, the frigid fingers of snowmelt weeping from layers of ancient glacial rock, disappearing into carpets of poison-green moss and decaying forest duff, then welling up again unexpectedly to trickle, dribble and drip persistently downhill through dark stands of spruce and fir to emerge, finally, as a legitimate, gurgling brook in a rock-studded gorge below.

This is predominantly an alpine-to-sub-alpine environment in the neighborhood of about 10,000 or 12,000 feet above sea level. It’s hostile territory and cold enough most of the year that brook trout couldn’t actually survive here. Suitable food is scarce and winters are deadly. A thousand feet lower, though, it’s a different story. Here, at roughly the elevation where you start finding aspen groves, figworts, columbines and meadow grasses instead of wind-twisted pines and tundra flowers, is about where you’ll start finding brook trout. And the farther downstream you go — up to a point — the bigger they’ll get. That point is usually where the water warms enough that brown and rainbow trout find it comfortable and brook trout do not. And big, by the way, means 9 or 10 inches. Really big is 12 or 14.

It’s that relatively small size that prevents many fly-fishermen from taking brookies too seriously, which is okay by me; solitude is precisely what makes brookie fishing so appealing. Oh, you’ll find some like-minded anglers on the brook trout streams, but nothing like the GORE-TEX hordes and drift-boat armadas you’ll see on our celebrity rivers. The only real drawback in all of this is that my favorite brook trout streams don’t even become fishable until late July or early August. On the other hand, it makes dog days tolerable.