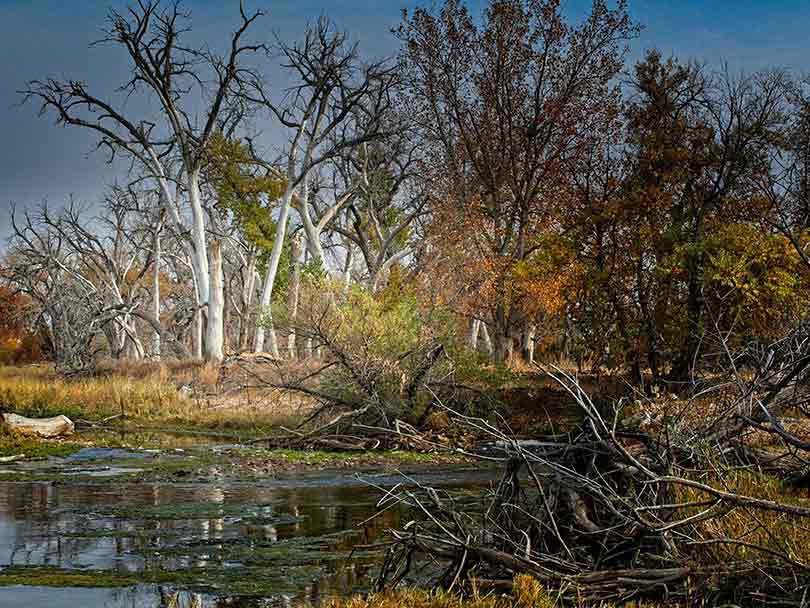 The two big cottonwood trees next to our house were taken down a few years ago and we miss them dearly. They were giants: The trunk of one was thicker through the middle than a circus elephant and the other had multiple trunks clustered around a circular base more than 6 feet in diameter. They must have reached 60 feet into the sky, and the massive veil of leaves shaded two entire homesteads from the searing rays of summer sun. Together they created what amounted to a small urban oasis. The arborists who took them down told us they probably cooled our homes by more than 10 degrees during the summer. We definitely miss that.

Robins nested in their lower branches each spring and mourning doves cooed from their spiky snags on summer evenings. Chickadees, flickers, yellow warblers, blue jays, white-crowned sparrows and finches flitted through their branches for as long as I can remember. Red-winged blackbirds and grackles staged migration flights from them every autumn and, in winter, flocks of starlings screeched and whistled from their naked branches. A great horned owl roosted in the taller of the two, and I once watched a Cooper’s hawk snatch a dove from our bird feeders and take it back into the cottonwoods for dinner. The neighborhood squirrels probably miss them too. They were as vital a link in their overhead roadway as Interstate 25 is to motorists on the Front Range.

Unfortunately, these were not “cottonless” cottonwoods, and each spring they would rain down truckloads of fluffy white catkins in numbers so great that, on a windy day, you’d swear it was snowing. Their seedpods plugged our gutters, clogged our little frog pond, covered the lawns with a layer of dingy fluff and collected in corners of the garage like monstrous, swirling dust bunnies. They got into everything.

Annoying as this could be, there was some good to be found in it too. You knew, for instance, that when those seeds began to fall, it usually meant ice-off on high mountain lakes and the beginning of dry fly fishing for still water trout. Coincidentally, it also marked the beginning of the smallmouth bass and bluegill spawn, which is generally considered the best time of year to fish for both.

Carp feed on the seed heads when they land on the surface of lakes and ponds, and fly fishermen can catch them on dry flies tied to mimic the pods. By the time the cottonwoods have finished dropping their seeds, damselfly nymphs are stirring on the sagebrush lakes and about to trigger one of the most productive still water insect hatches of summer and some of the season’s best fishing.

Our trees grew old, weak and dangerous, but while they were healthy, they cooled our homes, sheltered the birds, gave the squirrels a place to play and told us when to go fishing. We miss them.