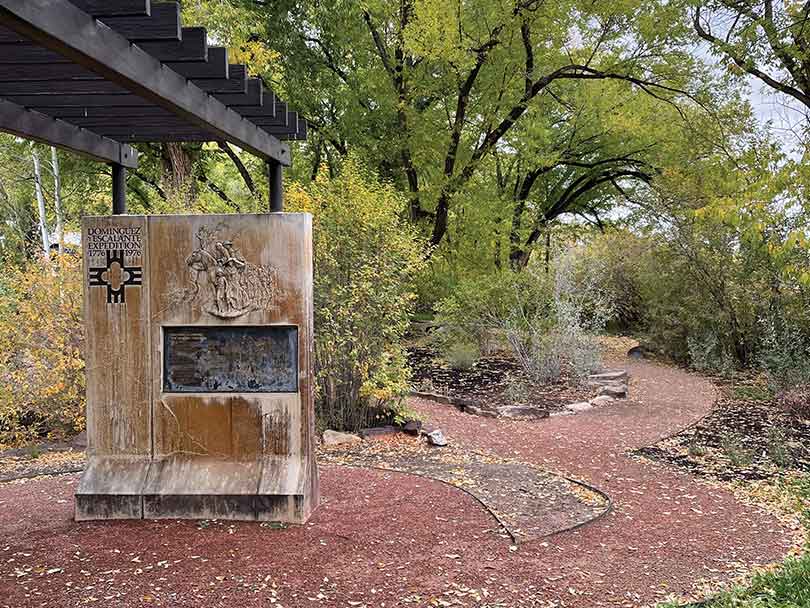 Interest in ethnobotany, or the science of how native plants grow, has become quite popular in the West as our demand for limited water increases along with our population. Many gardeners look to indigenous populations for wisdom that has been handed down from generation to generation. In Colorado, we can learn a lot about native plants from the Ute People whose ancestral lands stretched from the eastern Colorado plains across the Rockies to Utah.

Historically, Ute hunter-gatherers crossed millions of these acres to gather food for their survival. Depending on the season, they supplemented their diet of deer, elk, buffalo and small game with assorted roots, seeds, nuts and fruits. They followed blooming plants from lower to higher elevations to take advantage of their bounty. Over time, they acquired extensive knowledge of plants native to our region.

Today this wisdom is shared at the Ute Museum in Montrose, which sits on land that was once part of Chief Ouray’s homestead. For years, the museum’s outdoor space was graced with a traditional ornamental garden featuring European geraniums, ornamental elderberry, bellflower, yarrow and Shasta daisies. Recently, a group of volunteers suggested the garden should be more in line with the museum’s cultural and educational mission. They envisioned an ethnobotany garden focused on native plants that the Utes cultivated for use as food, medicine and shelter, as well as for ceremonial purposes.

A small task force determined that the basic structure of the ornamental garden did not need to be changed. They just needed to remove non-natives such as Shasta daisies, bellflowers and wild roses to make space for native grasses, scarlet gilia, tall goldenrod, tufted evening-primrose and other natives. They also wanted to retain a spring-fed pond that created an interesting water feature, but agricultural runoff in the spring had provided the opportunity for invasive species to take over. Since the pond flows into the Uncompaghre River, it could not be treated with herbicides. Invasives such as watercress had to be removed by hand.

Forty local volunteers took the challenge and removed the non-natives in one day. However, many species (e.g., wild roses and Shasta daisies) produce new growth from a persistent root system, so volunteers must continue their labor-intensive activity periodically to keep the non-natives under control.

In addition to engaging volunteers, the museum has inspired collaborations among different organizations. For instance, the University of Kansas and History Colorado partnered with the museum to develop signage. One beautifully illustrated poster depicts the cultural use of native plants. Yucca, which is so formidable with its sharp spikes, produces beautiful flowers. These can be steamed for a dish much like spinach. Piñon pines produce seeds which have become a delicacy enjoyed worldwide, much as they were by the Ute and Apache tribes and later-arriving Hispanic communities.

The ethnobotany garden blooms most profusely in spring and early summer, but you can enjoy museum exhibits and cultural programs (such as excursions to see the Shavano Valley Petroglyphs and beaded art classes) year-round.