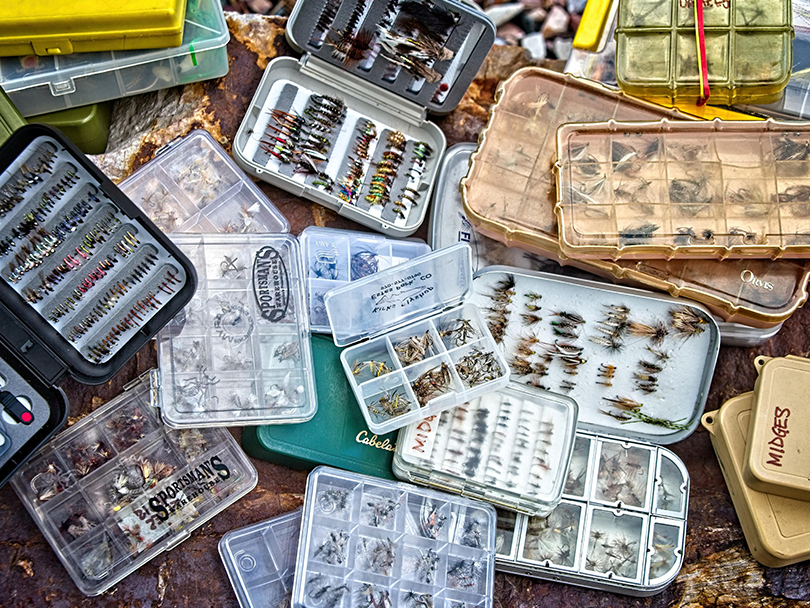 Last summer my sons informed me that they were taking me on a fly-fishing trip to the Grey Reef section of the North Platte River near Alcova, Wyoming, for a belated Father’s Day gift. This particular stretch of the Platte is a world famous tailwater fishery where the trout average — average, mind you — 16 to 20 inches; where 7- and 8-pound trout are not uncommon; and 10 pounders are a distinct possibility. They had already reserved a drift boat and a campsite for the weekend right next to the river. Sweet.

Any fly fisherman worth his waders knows to do a little research before heading to a destination fishery, so the first thing I did was call the Reef Fly Shop in Alcova to get the lowdown on river conditions and latest fishing reports.

“Flows jumped to 3,000 cfs (cubic feet per second) this week and the water got a little murky,” the guy said, “but the fish are still feeding on PMDs (pale morning dun mayflies), yellow Sally stoneflies, midges and caddisflies — all nymphs and emergers, size 16 or 18. No dry flies. Streamer fishing has been good early and late in the day, too.”

Now, being caught on a river in the middle of a hatch without the right fly is every fly fisherman’s worst nightmare, so I decided I’d better tie up a bunch of the recommended patterns for me and the boys — just to be safe, ya know? I was cranking out some little PMDs when my wife walked in the room, saw fly boxes strewn all over the floor and about had a cow.

“Why in the world are you tying more flies when you already have boxes and boxes of them?” she asked.

It was an honest question and I tried to give her an honest answer. I do, in fact, have boxes and boxes of flies but not all of them are for trout. Some are saltwater flies, others held bass and bluegill flies and still other boxes contained flies tied specifically for carp. Some boxes contained dry flies but the guy distinctly said not to bring those. Of the flies I did have that would be useful on the Platte under the current conditions, some were of the right type but the wrong size, and those that were the right size were of the wrong type, so…

Anyway, I spent the next several nights tying dozens of tiny PMD emergers, caddisfly pupae and yellow Sally stonefly nymphs only to learn when we got to the river that the fish were no longer feeding on either of them.

“Everybody’s catching fish on size 18 chocolate midge emergers,” the guy in the shop told us. “Twenty-six dollars a dozen.”

I handed the guy a fistful of bills and said to the boys, “Not a word of this to your mother.”