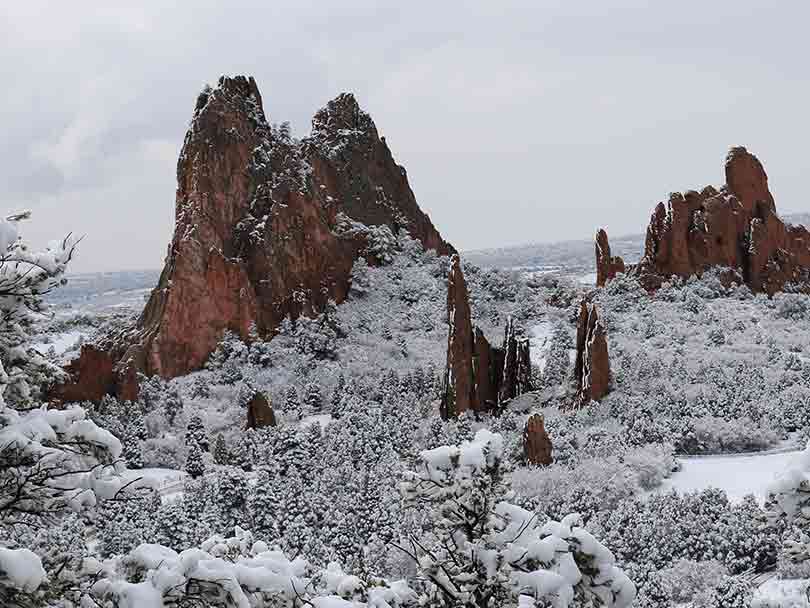 Garden of the Gods
The name “Garden of the Gods” dates back to the mid-19th century when two Denver surveyors proclaimed that the area was a place “…fit for the Gods to assemble.” Twenty years later, in 1879, Charles Elliott Perkins bought the land to establish a summer home. However, Perkins instead opted to leave the land in its natural state and allow the public to witness the sensational sandstone formations just as nature had built them. He hoped the land would become an official public park but died in 1907 before his hopes came to fruition. Knowing their father’s love of the land, Perkins’ children gifted the 480 acres to the city of Colorado Springs on Christmas Day 1909, and it has since become a fascinating tourist destination for folks near and far.