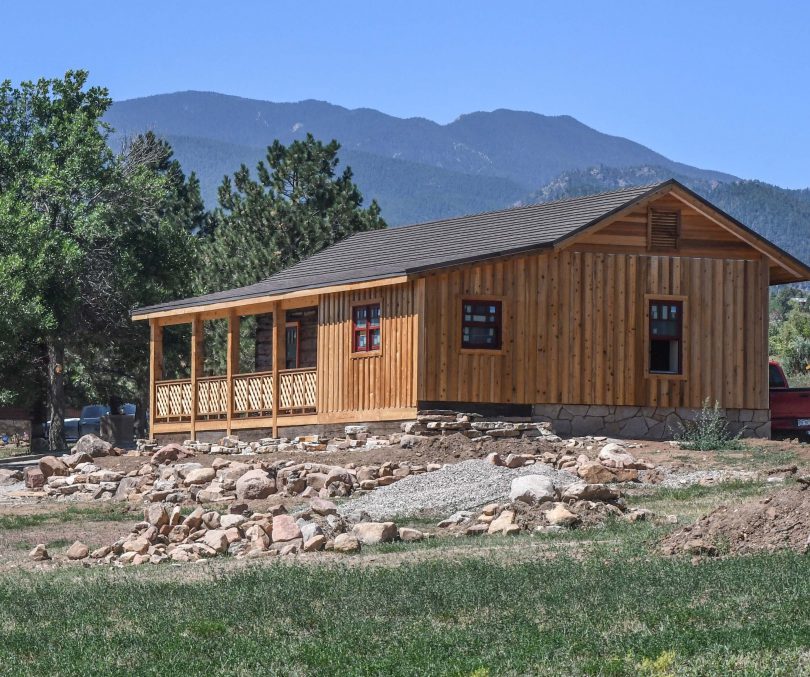 When a 150-year-old cabin was discovered inside the walls of a 1950s-era home on a ranch near Beulah, a link to Colorado’s history was revealed. The cabin, built of milled timbers, was the home of Peter and Emily Dotson when it was featured in a national magazine in 1879. Then, through the years, rooms were added, drywall was added, and the cabin was encased in newer-looking buildings. Starting with a $10,000 donation from San Isabel Electric Association, the local electric co-op, the Beulah Heritage Preservation League was formed and relocated the cabin to a park across from Beulah School.

How was the cabin found?

When local historian James Campbell learned about the Dotsons, their home and the Harper’s Weekly story, he contacted current ranch owners Reeves and Betsy Brown. They were planning to tear down a ranch building that, unbeknownst to them, might include the Dotson Cabin. Painstaking removal of stucco and drywall uncovered the old cabin.

What makes this cabin special?

The large logs hewed by a skilled craftsman and the dovetailed joinery show special skills. There is also the history of Peter Dotson, a former U.S. Marshal. Peter, with his involvement in ranching, mining and politics, played a role in developing southern Colorado in the mid-to-late 1800s. He was known as “Uncle Pete” and his place became a destination for travelers wanting to see a real Colorado ranch after the national magazine article was published.

Is it open for visiting?

The Beulah Heritage Preservation League is raising money to finish the interior of the cabin. Donations are being accepted through its website at beulahhpl.com. Plans are to have the cabin open for limited hours on weekends by mid- to late-summer. check the website, beulahhpl.com, for information.

Where is the cabin?

Walk through the newly discovered Dotson Cabin located in Betsy Park. Click the picture below to start. 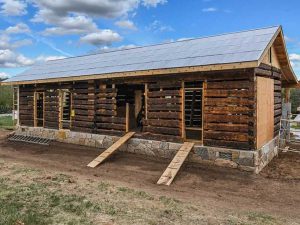