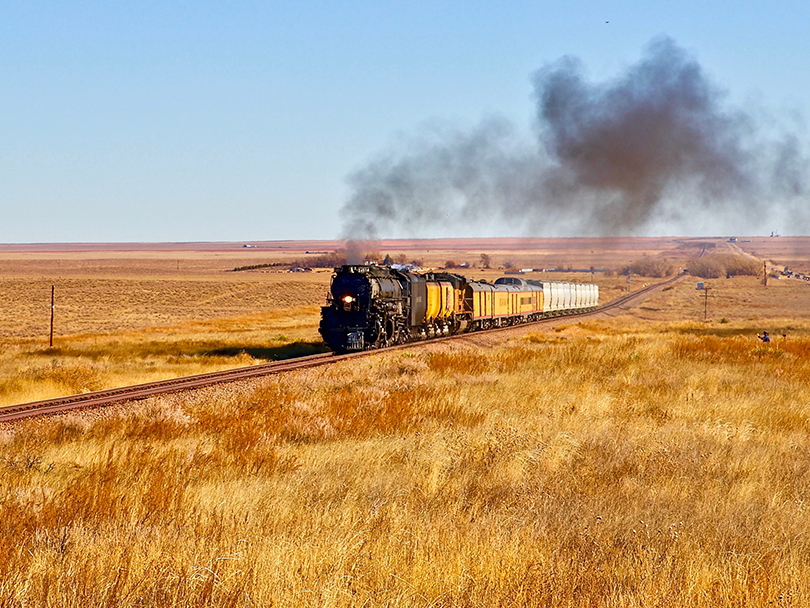 The world’s largest operational steam engine will thunder across Colorado in September, giving residents yet another opportunity to see this big locomotive up close and personal on Labor Day weekend.

Known as “Big Boy” to train aficionados worldwide, Union Pacific No. 4014 left Cheyenne in August, passing through Julesburg briefly on its way to North Platte as the showcase of “Rail Days 2021.” Big Boy then traveled all the way to New Orleans before returning to Colorado for only the second time in two years on Sunday, September 5, when it rolls through Kit Carson at 10 a.m., arriving in Denver at 7 p.m.

This popular Union Pacific train will be on public display in Denver on Monday, September 6 at 39th and Wynkoop Street from 9 a.m. to 3 p.m., before departing at 8 a.m. on Tuesday, September 7, on its way back to Wyoming.

About the Photo: Big Boy’s last run through eastern Colorado came in 2019. Shown here climbing a small grade east of Kit Carson, hundreds of adoring fans followed the train’s progress back to Denver and eventually home to Cheyenne. Photo by Matt Vincent

Where is the Train?
Check out Union Pacific’s “Steam Locomotive Tracker” online as Big Boy chugs through its seven-state tour. Click on the following link: up.com/forms/steam-trace.cfm.