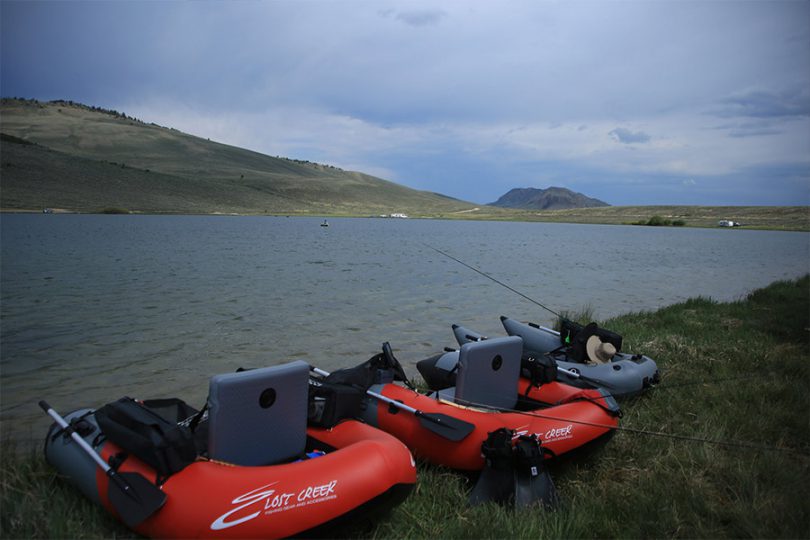 The boys and I went up to Delaney Buttes Lakes in August to fish and indulge in a little campfire therapy. It was our annual Father’s Day Trip, which never seems to happen on Father’s Day because, well, life. Wasn’t it John Lennon who said, “Life is what happens when you’re busy making other plans?” The guy knew what he was talking about. Anyway, on these Delaney trips we do a little fishing, grill venison steaks saved specifically for the trip, and try to settle all the world’s problems while poking the campfire, sipping sundowners and listening to the coyotes.

We pack fly rods, float tubes, a portable grill (lately it’s been a Blackstone flattop) and some fresh garden veggies to accompany the steaks. Oh, and a bottle of high-octane snakebite repellent (aka Tennessee whiskey), not only to ward off snakes and evening chill, but also to ensure objectivity and clarity of thought while pondering solutions to the current socio-political insanity gripping the world. Years ago, we could do this in a single campfire session, but the world’s gotten itself into such a mess lately that we brought along some extra snake-bite repellent in case we had to stay an extra night.

We caught a few good fish. Mostly rainbows in the 2-to-3-pound class, but none like the 5-to-7-pounders we caught there in years past. The boys caught theirs on midges and chironomid imitations, which was exactly the right stuff to use that time of year; I fished classic old bucktails, feather streamers and wet fly patterns, pretty much for nostalgic reasons. Minnow imitations by design are very often pretty and colorful, but where catching fish is concerned, they can be a hit-or-miss proposition. On this trip, they were a miss.

As for solving all the world’s problems around the campfire, we determined there wasn’t much we could do about the mess the world is in today. After all, one form or another of this nonsense has been going on since the beginning of time, depending on who’s in charge of what. Like the guy said: It’s life… and it’s gonna do what it does no matter what you and I do. So, we might as well go fishing. Which is what we did. Oh, and the steaks were fabulous. We had them with a nice cucumber tomato salad and blistered shishito peppers in aioli.