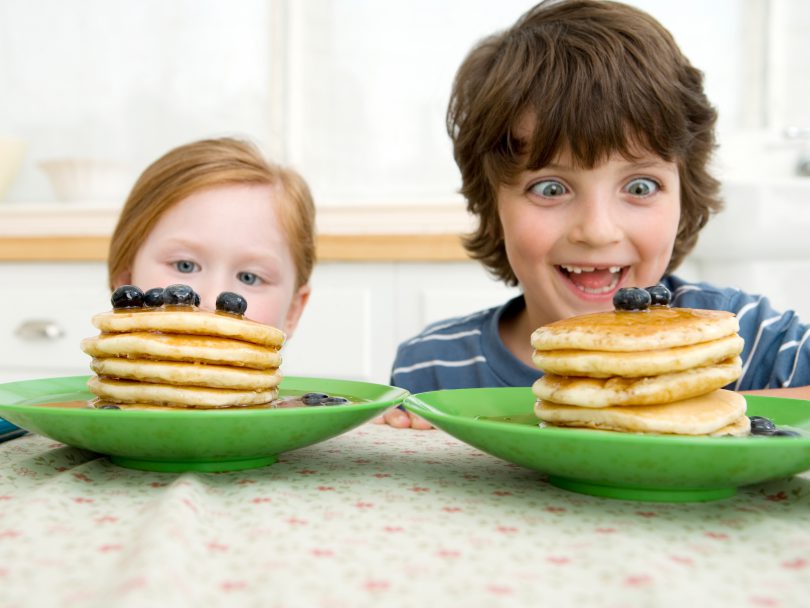 When my daughter was young she had some health problems and had to learn to swallow pills at an extremely young age. Her brother was seldom sick and couldn’t swallow pills until he was an adult.

One day, when the kids were still young, they were in the back seat of the car bickering about something. My son was upset with his sister. All of a sudden, my daughter shouted, “OMG, take a chill pill! Oh, that’s right — you can’t swallow one!”
Diane Churchill, Black Forest

One morning, after a long and unrestful night, I started making pancakes for the kids prior to school. Once all the ingredients were added and mixed together, I poured the first couple for my 7-year-old son. As I watched them cook I noticed they weren’t quite right. Through my foggy mind I realized I forgot to add the sugar. Knowing my son has quite the sweet tooth, I told him I’d add sugar and make him some new pancakes, but he told me he wanted to try the nonsugar ones. As he began to eat them, he exclaimed, “Dad, these pancakes have no joy!”
Timm Smith, Greeley

I recently had the joy of an outing with my grandsons — the youngest had just turned 4. As we drove up Buckhorn Road in Larimer County he yelled out that he had to go “number two” immediately. I pulled over, ran to the back seat and unstrapped him from his car seat. I grabbed him, pulled his pants and underpants down and held him up so that he could go. To my surprise nothing came out his rear but from his front instead, soaking the clothes I was wearing. As we climbed back into the car he proudly and happily told his brothers, “I peed on Grandpa!” It took me four hours to dry out.
Roger Person, Loveland