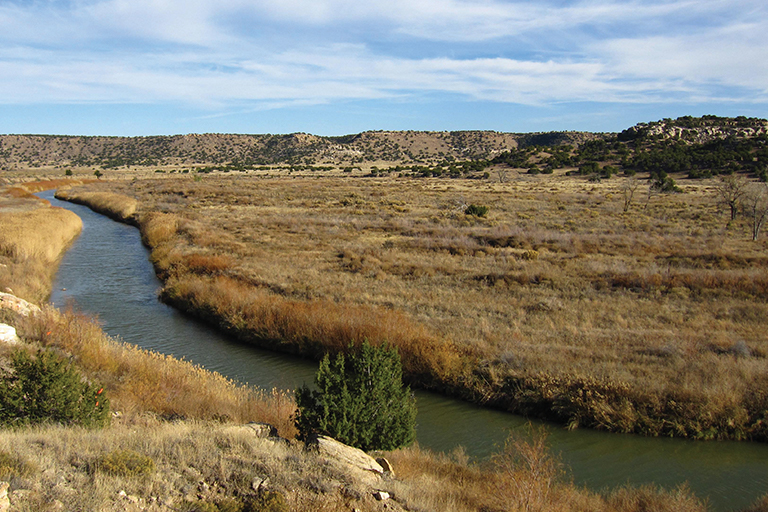 Colorado inspires images of majestic mountains as well as wide-open spaces. While there’s nothing like our mountains, you should not overlook the opportunity to spend time on the high plains where the view goes forever and is peppered with geological and man-made wonders. Now’s the time to plan a visit to explore the state’s two national grasslands even though they are far off the beaten tourist track. A visit to the grasslands provides places where you leave the noise and crowds behind. 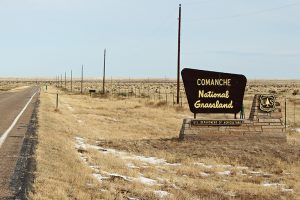 Comanche National Grassland is one of two designated national grasslands in Colorado and provides a snapshot of Colorado’s rich history. The grasslands trace their history back to the Dust Bowl of the early 1930s when many farmers and ranchers simply could not continue to raise crops and livestock against the odds of persistent drought, dust rollers and economic depression.

Emergency measures were taken to save farmers and those who lost everything. The government bought out many farmers, purchasing their land and restoring it. Eventually, that lead to the establishment of 20 national grasslands across the country in 1960, with two of those in Colorado.

Today, the Forest Service manages the land’s use to make sure another Dust Bowl doesn’t occur. Due to these efforts, these grasslands are now considered a national treasure.

Both of Colorado’s national grasslands receive rave reviews from visitors. A hiker in Pawnee National
Grassland, which is just south of the Colorado-Wyoming border north of Fort Morgan, said the drive was not easy, but was so worth it, “especially if you like solitude with beautiful scenery.”

Michelle Stevens, recreation program manager for Comanche National Grassland, said the Colorado grasslands are a unique recreational niche and offer opportunities that you don’t see in other places, such as hiking through isolated canyons and alongside dinosaur tracks.

“Visitors can see what the southern plains looked like in the past,” she added. “It’s big sky country with interesting resources that offers opportunities you won’t experience in other places.”

Another outdoor enthusiast from Denver shared that he has been visiting the Comanche Grassland in southern Colorado for years. “It’s one of the best kept secrets, it’s so different from the rest of Colorado,” he said.

EXPLORING COMANCHE NATIONAL GRASSLAND
Comanche National Grassland is a 435,000-acre treasure located in two sections in southeastern Colorado — the Timpas Unit south and west of La Junta and the Carrizo Unit south of Springfield. It boasts historic trails to explore and dinosaur tracks and Indian rock art to find. The solitude here is pervasive. Your car may be the only one at a trailhead. 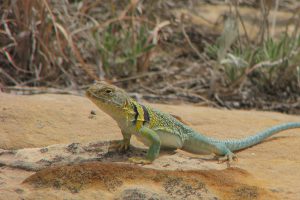 Throughout the yucca- and cactus-dotted prairie, directional and interpretive signs are posted so you can explore by taking one or more of the self-guided trails covering over 22 miles. The trails vary in length, from 1 mile to 17 miles. Also available are picnic areas, camping sites and vault toilets at various sites.

The dirt roads throughout Comanche are well-maintained and should be accessible to low-clearance vehicles. However, they may become muddy during rain and you could get stuck, so pack a shovel. Make sure you start your adventure with a full tank of gas and have plenty of water as there’s not any potable water at the trailheads.

While gazing over the flat prairie, be sure to keep an eye out for the wildlife. You may see elk, mule deer, pronghorn and foxes as well as some of the more than 235 species of birds that call the grasslands home. There are burrowing owls, ferruginous hawks, grasshopper sparrows, American bald eagles and so many more.

For an unforgettable experience in Comanche, explore Picketwire Canyon in the Timpas Unit. It is lush with cottonwoods, piñon trees and, depending on the season, wildflowers and green grass. The canyon is miles across, with fractured rock walls rising only a few hundred feet on either side. The shallow Purgatoire River meanders along the canyon floor. Deer, turkey, badgers, bobcats and pronghorn share space with grazing cattle.

This primitive canyon is home to the largest known set of dinosaur tracks in North America, Native American rock art, an early cemetery and the remains of an historic ranch.

Withers Canyon is the trailhead for Picketwire Canyon, which can be accessed by hiking, non-motorized bicycles and horseback. Camping and picnic sites, along with a vault toilet, are available at the trailhead. If hiking, it’s a long one, so plan accordingly.

From the trailhead you drop 250 feet in elevation into the canyon and then follow a dirt road through the canyon. 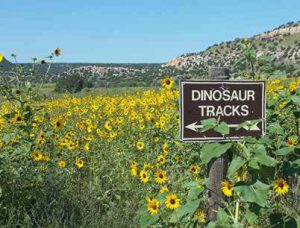 Before you reach the dinosaur tracks, you will encounter the Dolores Mission and Cemetery, which was built between 1871 and 1889 by Mexican pioneers settling the valley. Partial remains include several headstones and crumbling church walls. This site is about 4 miles from the trailhead.

Continue following the trail another mile and a half to the dinosaur tracks, which are believed to have been left 150 million years ago by brontosaurs and allosaurs. These footprints extend over a quarter mile, the longest dinosaur trackway in the world. To access the tracks, you will need to cross the river, so be careful as the water may be deeper than it appears.

As the dinosaurs tramped along the muddy edge of a lake, they left their footprints in the mud, which were eventually buried and turned to stone. Today, more than 1,300 of these footprints are exposed. Forty percent of the tracks were left by the brontosaurs, a massive four-footed plant eater. Parallel trackways indicate that several younger brontosaurs were traveling as a group heading west along the shoreline. The remaining tracks were left by the allosaurs, two-footed, ferocious, meat-eating scavengers that left three-toed footprints behind.

If you follow the trail another three or so miles, you will end up at the Rourke Ranch, a cattle and horse ranch founded by Eugene Rourke in 1871. Three generations of the Rourke family lived and worked on the ranch over a span of a hundred years. When the ranch was sold in 1971, it was one of the oldest and most successful enterprises in southeastern Colorado, expanding from Rourke’s original settlement of 40 acres to well over 52,000 acres. The quality workmanship and architecture of its adobe buildings can still be seen and has earned Rourke Ranch a place on the National Register of Historic Places. It is a tribute to the hardy pioneers who helped settle the West. 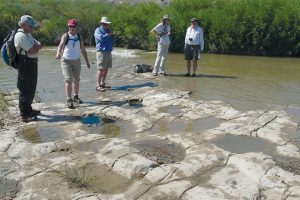 Visitors check some of the brontosaurs tracks along the river.

Total round trip for the dinosaur tracks is around 11 miles. If you plan on going all the way to Rourke Ranch, your round trip will be about 17 miles.

Easier hikes may be found at Vogel Canyon. From the trailhead with its picnic pavilions and vault toilet, four hiking trails take you to different sites along the mesa top and the canyon bottom. The trails meander through the short grass prairie, juniper trees and fractured rock walls.

One hike takes you to a site where sections of a stage coach road and ruins of the station can still be found. This road was developed by the Barlow & Sanderson Mail and Stage Line during the 1870s, and was a spur off the Santa Fe Trail. Another hike descends into the canyon where you walk by spires and hoodoos to the canyon walls where American Indians who lived in the canyon 300-800 years ago left rock art. Unfortunately, modern Americans left their marks as well.

If you don’t want to hike to see the treasures found in the canyon, and if you have your own four-wheel drive, guided auto tours are available from the Forest Service in May, June, September and October. Advance reservations are required and fees apply.

So, get inspired, plan you trip and go explore the vast, endless skies and the panoramic prairie of Colorado’s Comanche National Grassland.

Cyndy Klepinger is a Denver freelance writer who enjoyed discovering Comanche National Grassland a few years back when riding through the area during Pedal the Plains. 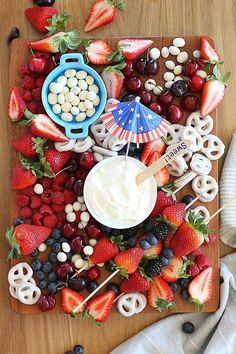 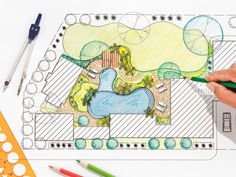 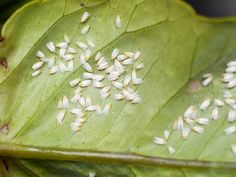