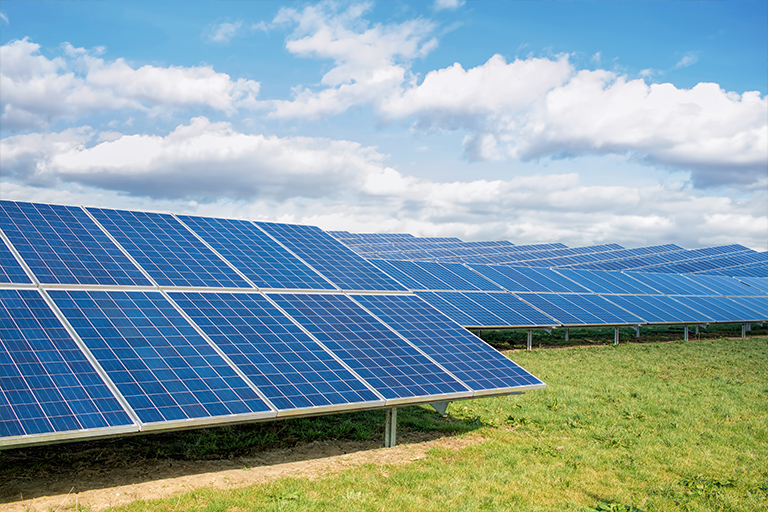 That’s the best word I can think of to describe the number of renewable energy projects that are being developed by Colorado’s electric cooperatives. At our recent 2019 CREA Annual Meeting, we hosted a roundtable of the co-op CEOs to discuss recent activities at their systems. Here’s just a sampling:

Grand Valley Power in Grand Junction announced that 60 percent of the electric supply that the co-op delivers to its consumer-members will be from renewable sources by 2030. “With cost-effective advances in clean, renewable energy technology, we’ll be able to meet this 60 percent target while maintaining rate stability and our excellent reliability standards,” said Grand Valley Power’s CEO Tom Walch.

Tri-State Generation & Transmission Association, power supplier to 18 of Colorado’s 22 electric distribution co-ops, announced that it will add 104 megawatts of wind power to its power supply mix with the signing of a power purchase agreement for the output of the Crossing Trails Wind Farm. Tri-State has now invested in five utility-scale wind farms in Colorado, along with four utility-scale solar projects.

Highline Electric Association in Holyoke recently approved a 1.5-megawatt solar project with construction slated to begin in 2019. The 5,700 single-track solar panels will follow the sun and generate enough electricity to power 400 to 500 homes. The Riverview Solar Project will generate 3.8 million kilowatt-hours per year and will provide power to the communities of Sterling, Atwood, West Plains, Iliff and Crook.

White River Electric Association in Meeker recently celebrated the completion of the Piceance Creek Solar Farm, a 5.4-megawatt system that will provide enough energy to power more than 830 single family homes each year. “WREA’s local renewables aren’t about trendy efforts but are projects that are designed to have a positive impact on our community and our rates,” said Trina Zagar-Brown, general counsel and manager of member services at WREA. WREA members will be able to lease solar panels from the solar farm later this year.

Intermountain Rural Electric Association in Sedalia continues to expand its solar capacity with the recent approval of the Sundance Solar project, a 30-megawatt facility near Kiowa that will be energized in 2020. The Sundance project is in addition to an 80-megawatt solar project near the town of Bennett as well as the 13-megawatt Victory Solar farm in Adams County.

Holy Cross Energy in Glenwood Springs recently announced that it will acquire the output of a new 100-megawatt wind farm in 2021. At that time Holy Cross will achieve the greenhouse gas reductions outlined in its “Seventy70Thirty” plan. Under the plan, Holy Cross will provide a 70 percent clean energy portfolio providing electric service to its members by 2030 with no increase in the cost of power. The power from the wind farm is in addition to customer-sited and utility-scale solar projects that are already a part of the Holy Cross system.

In 2018, Mountain Parks Electric Association in Granby paid rebates totaling $34,260 to its consumer-members who installed renewable energy systems. Mountain Parks also purchases renewable energy from the Granby Dam and the town of Grand Lake’s micro hydropower recovery system and the co-op plans to purchase power from a 1-megawatt solar array that will be built in Jackson County in 2019.

There’s only one word for it: unprecedented.