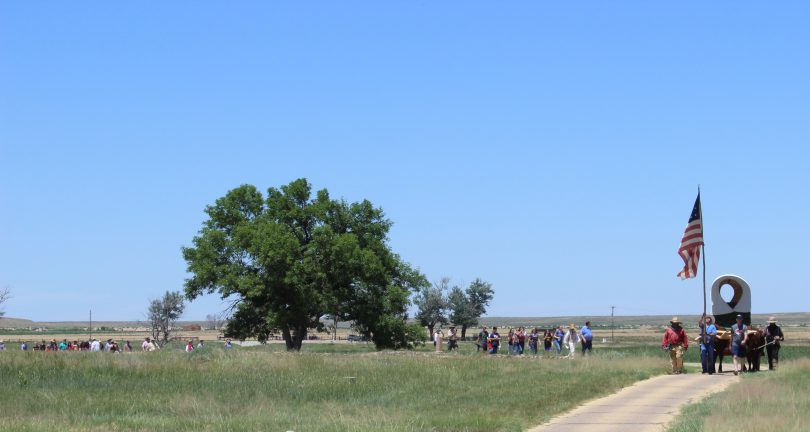 The 4th of July was one of the few holidays celebrated across the country in the 1840s. The victory over the British in the War for Independence was still only a few generations in the past, and the War of 1812, which some Americans considered “a second battle for Independence” was but a few decades earlier.

The holiday will be commemorated at the fort in “1840s-style” with a parade, orations and games. Some of the cross-cultural nature of the fort will be shown with a piñata break. A replica flag that has flown over the fort will also be given away.

The full schedule can be found below:
1:30 pm Parade – the parade will be led by the wagon and oxen and will start at the visitor parking lot and travel to the fort. Raise the large flag and give a cheer for the freedoms we enjoy
2 pm – Tolling of the bell to ring in each state in the union.
2:15 pm – Reading of the Declaration of Independence – Fort Plaza.
2:30 pm – Tug of War – a popular pastime of 4th of July celebrations in the East. Audience volunteers will have the chance to take on Bent, St. Vrain, & Co. Employees.
2:45 pm – Water Bucket Relay – another popular pastime of Independence Day celebrations in the East. Kids from the audience will have the chance to compete against Bent, St. Vrain, & Co. Employees.
3 pm – Piñata Break – kids can try to break the jug to get some candy – Fort Plaza.
3:30 pm – Flag Give-away – enter a drawing for a 27-star flag that has flown over the fort. Register when you enter the fort.