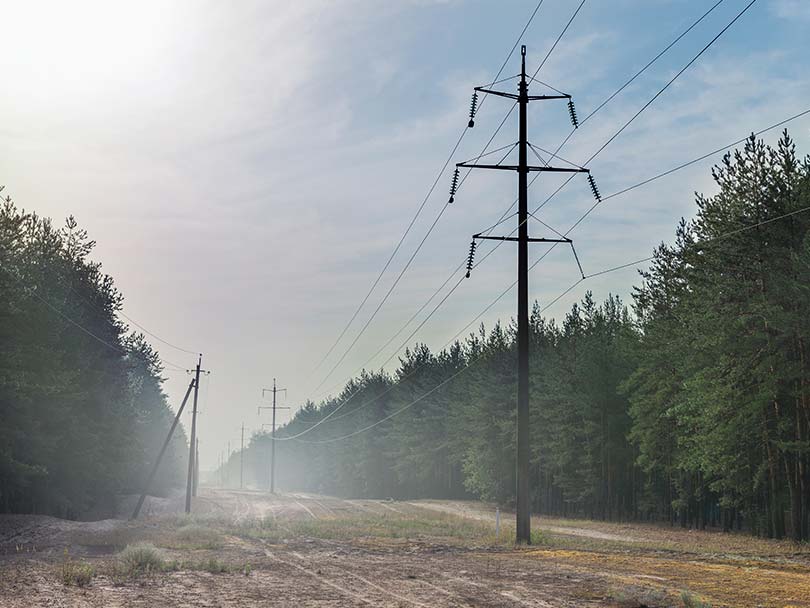 Back in June, I provided a recap of the many pieces of legislation that CREA was involved with during the 2021 session of the Colorado General Assembly. Across a variety of issues, we worked constructively in a bipartisan manner with the legislature to achieve the legislature’s policy objectives in a way that we think will work for Colorado’s electric co-ops.

However, there was one area where the outcome was not what we had hoped for: the issue of mitigating the risks of wildfires to co-op facilities and communities. With the devastating fires of 2020 and the fires that have already occurred in 2021, we are acutely aware of the risk that wildfires pose to the consumer-members of Colorado’s electric co-ops.

Although none of the Colorado fires in 2020 were caused by power lines or other electric utility equipment, there have been instances in other states where fires have ignited as the result of trees falling into power lines or windstorms bringing down lines. Electric co-ops do everything in their power to clear the rights-of-way under their power lines, but it’s nearly impossible to clear all the rights-of way every year over the tens of thousands of miles of lines that co-ops maintain.

During the 2021 session of the legislature that was completed in June, CREA sponsored a bill that would have given electric co-ops liability protection in exchange for proven compliance with a wildfire mitigation plan. In other words, if an electric co-op developed a comprehensive plan to clear rights-of-way and took other steps to prevent wildfires, the state would grant the co-op protection from a lawsuit in the event co-op facilities were the cause of a wildfire. The bill, however, was killed in the first committee when the trial lawyers opposed it.

In the meantime, Colorado’s electric co-ops continue to take significant steps to reduce the risk of co-op facilities sparking a wildfire. In south-central Colorado, San Luis Valley Rural Electric is installing a new type of power line conductor that can withstand the impact of a falling tree. The new technology will improve the reliability of the system and reduce the potential of co-op facilities starting a wildfire.

According to San Luis Valley CEO Loren Howard: “One of the big drivers of this project is wildfire mitigation. We’re spending a great amount of effort looking at ways that we can mitigate the risk of wildfires caused by electric lines owned by San Luis Valley Rural Electric.”

Mountain Parks Electric, headquartered in Granby, experienced one of the worst fires in Colorado history last summer when the East Troublesome Fire burned nearly 194,000 acres in the service territory of the co-op. The fire was not caused by electric lines, but Mountain Parks is spending $1.5 million in improvements, including underground construction of some power lines, clearing of vegetation around power poles and transformers, and work with the U.S. Forest Service to deter birds from nesting atop power poles.

The improvements on the Mountain Parks system include the installation of fault interrupters known as “trip savers,” which do not spark when a fuse is blown. Don Finn, operations manager for Mountain Parks, explained how it works: “When the system detects a fault downstream from the fuse…with the trip savers, the arc is contained inside a unit so it’s not creating a fire potential or the boom from the expulsion fuse.”

Holy Cross Energy, headquartered in Glenwood Springs, continually monitors its system with visual inspections, thermal imaging and drones to mitigate fire danger related to its facilities with the goal of inspecting all 1,100 miles of the co-ops’ overhead system. When there is a system outage, repair crews respond as soon as possible to give them the best opportunity to mitigate the damage if a line or other equipment might cause a fire.

Colorado’s electric co-ops will continue to be vigilant in monitoring their power systems and doing all they can to prevent fires. However, we still believe liability protection is appropriate if co-ops have acted prudently, and we’ll be back at the legislature in 2022 with legislation to protect co-ops and their consumer-members.

Kent Singer is the executive director of CREA and offers a statewide perspective on issues affecting electric cooperatives. CREA is the trade association for your electric co-op, the 21 other electric co-ops in Colorado and its power supply co-op.