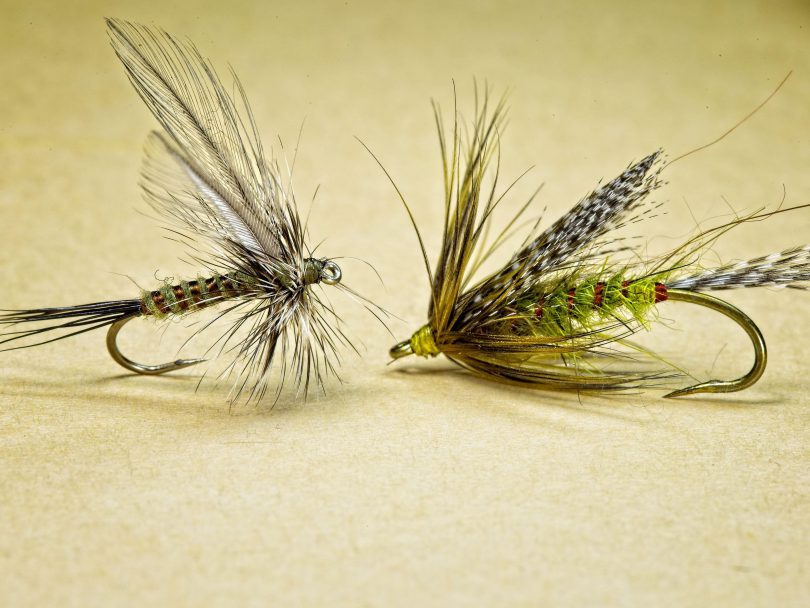 I was chatting with a guy in the fly shop recently who told me how he had lucked into a hatch of Gray Drakes on the Big Thompson last year about this time, and enjoyed some of the best dry fly fishing of his life. He didn’t say he caught a lot of fish, only that he had a lot of fun catching the ones he did. “Mostly browns. Chunky ones: 12 to 13 inches,” he said, adding, “and a 16-incher, too. It was wonderful.”

He seemed tickled that he’d been there to see the bugs come off in the first place, but he was really proud that he figured them to be Gray Drakes right off the bat. He matter-of-factly tied on a size 12 Gray Wulff dry fly and proceeded to “just whack ’em,” as he put it.

The thing is, the guy said he didn’t know much about trout stream entomology, but he did know a big fly from a little one and these were big. He’d also heard the big ones are called drakes and these were obviously gray, so he called them — what else? — Gray Drakes. He tied on a big, gray dry fly, and bam! Fish on. Textbook.

Now, whether they were actually Gray Drakes or not remains something of a puzzle to me. In the 25 years or so that I’ve been fishing the Big T, I’ve never seen a Gray Drake hatch on the river. Nor do I know anyone else who has. And, I’ve never heard anyone talk about Gray Drakes on the Big T. I’ve heard them talk about Green Drakes, Brown Drakes, Mahogany, and Speckled Drakes, but never Gray Drakes. I’ve heard about the Yellow Sallies, the Golden Stones, the March Browns, the BWOs and PMDs, Red Quills, Blue Quills, Ginger Quills, Quill Gordons, the little Black Caddis flies, the Early Black Stoneflies, and 11 different kinds of midges. Willow Flies and Crane Flies, and the nocturnal, aquatic moths (I’ve actually seen these things). But Gray Drakes? No one’s ever mentioned Gray Drakes to me. None of which proves a thing, I know, except possibly, I need to pay more attention to the bugs on the water. Or pay more attention to the fishermen I talk to.

It does make the point nicely, though, that trying to mimic the flies on the water with an artificial fly of the approximate size and color is more a matter of common sense than complicated science: You match the bug on the water with one from your box that looks most like it. It doesn’t matter what you call it as long as it catches fish.

When you stop to think about it, trout depend on these insects for their very lives and they don’t have the foggiest notion what the darn things are called — they just eat ’em.