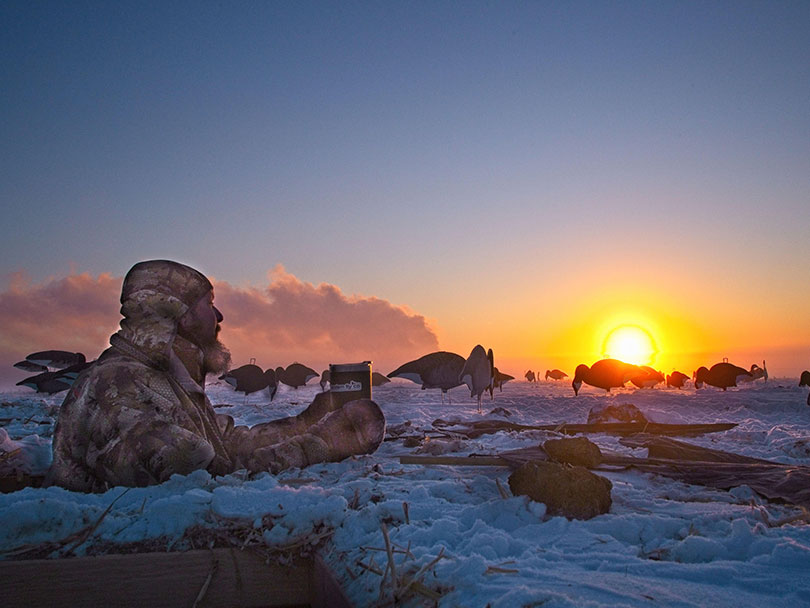 Here it is January and the dead of winter is upon us, though February might argue that point. Anyway, it’s as good a time as any to reflect on the past year and look forward to what’s coming down the road as well. The best of the big game and upland bird seasons are over but there’s still plenty of “outdoorsy” stuff to do in the weeks ahead. Ice fishing with all its cold and craziness comes to mind. Likewise, the late goose seasons. Oh, and fly tying, of course. Then there’s the conservation hunt for migrating snow geese in March, turkey in April and May — the list goes on.

It’s occurred to me that we outdoor types never seem to rest; we simply switch gears with the seasons. I’ve noticed our perspective changes over time too, or at least mine has: I used to get a real kick out of hunting ducks with my kids — building blinds, setting out the decoys and all that. Lately, I find I’d rather just sit in the blind with them, watch the birds, and marvel at the sunrise. And, now that the grandkids are hunting with us, I don’t even bring a shotgun. If the ducks decoy well and the young’uns get some shooting, that’s great. If not, we’ve still had a fun morning in the blind cracking jokes and listening to the marsh creatures wake up around us. Ducks fly early and the hunt is usually over by 9 or 10 o’clock, at which time we’ll pack up and head for the nearest small-town breakfast joint. The grandkids like that part. So do I.

When we first started doing this many years ago, it was important to bag a limit, if only to prove we knew how to and could shoot straight. It’s still gratifying to take a duck or two these days, but not nearly so important. Admittedly, we like to eat them, and we celebrate if we shoot a brace of teal, a wood duck, or a couple of big, fat, northern mallard drakes.

We were in a goose pit one viciously cold morning last year watching the sun come up over an east Colorado cornfield. A goose pit is a large, rectangular hole in the ground resembling nothing so much as an enormous grave. It’s impossible to avoid the comparison when you’re in one, and the graveyard humor is inevitable.

We had just put out a couple of hundred decoys, fired up the propane heater, gotten the dogs settled in and filled our cups with hot coffee from a large thermos when Derek popped his head out of the pit and said of the glorious sunrise, “Hey, if you could wake up to this every morning, being dead wouldn’t be such a bummer.”