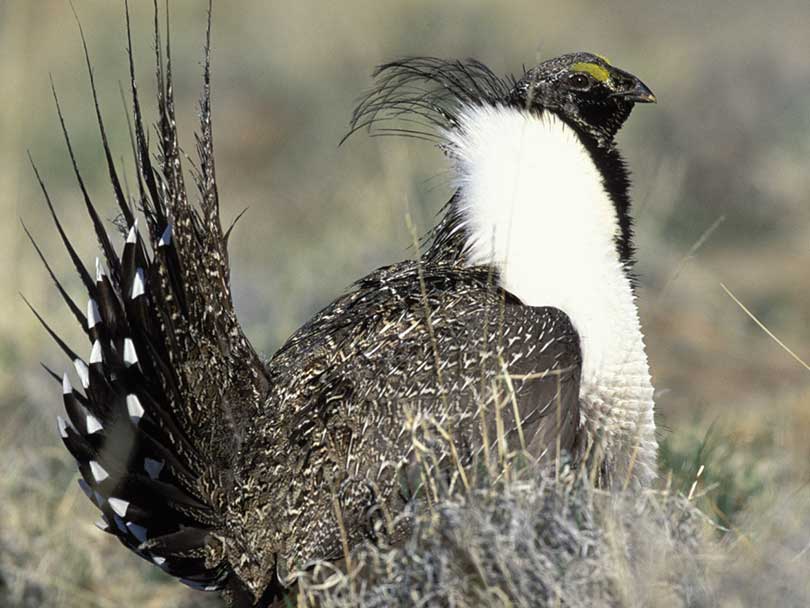 The U.S. Bureau of Land Management is considering changes to greater sage-grouse conservation plans as it works to bolster habitat for the ground-dwelling birds that roam parts of 11 Western states, including Colorado.

These plans, supported by electric co-ops and others, have precluded the need to list the greater sage-grouse under the Endangered Species Act. However, the BLM is taking a new look at the species as drought spreads across the West.

As the BLM is looking at land-use amendments to bolster the birds’ habitat, the National Rural Electric Cooperative Association, which represents electric cooperatives, is asking it to consider the financial impacts of any changes to these plans on low-income communities.

In Colorado, these communities include those in the northwestern part of the state already dealing with the closure of coal-fired power plants and coal mines. The state’s greater sage-grouse habitat stretches across territory served by Grand Valley Power north of Grand Junction; White River Electric near Meeker; Yampa Valley Electric around Steamboat Springs; and Mountain Parks Electric in both Jackson and Grand counties.

The co-ops have long worked with local groups on conservation measures to assist the species, but more stringent land-use rules from the BLM could be expensive and force rate increases to cover the cost of compliance.

NRECA asked the BLM to review state land-use plans, such as the one Colorado already has in place, and give credit for the co-ops’ current best practices for land management in greater sage-grouse habitat.