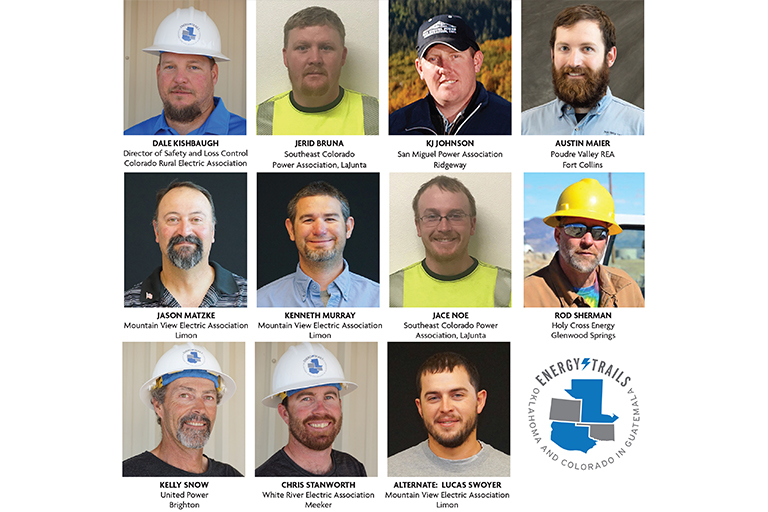 The lights will come on later this summer at an isolated village in north-central Guatemala, thanks to the efforts of a just-named team of Colorado lineworkers.

The Colorado Rural Electric Association selected 10 volunteer lineworkers and one alternate from its member electric cooperatives to prepare to electrify the mountainous village of Sillab, Guatemala, this August. The Colorado crew will join 10 lineworkers from electric co-ops in Oklahoma on a joint project coordinated through the National Rural Electric Cooperative Association’s philanthropic NRECA International Foundation.

“We’re excited to return to Guatemala on another CREA-sponsored project,” said CREA Executive Director Kent Singer. “Last year was the first time Colorado co-ops came together to sponsor a team of linemen to bring electricity to an area that has never had access to electricity before. It was a good experience for our crew and we were able to electrify two remote villages.”

The 2019 project site is in the department (state) of Alta Verapaz, near Guatemala’s border with Belize. The volunteers will spend three weeks building power lines along a 6 1/2-mile stretch of mountainous terrain where rainy weather, canyon crossings and steep hillsides will add to the challenge. Each of the 60 homes to be served will be equipped with four lightbulbs, four light switches and four electrical outlets.

NRECA International has been working in developing countries since 1962.