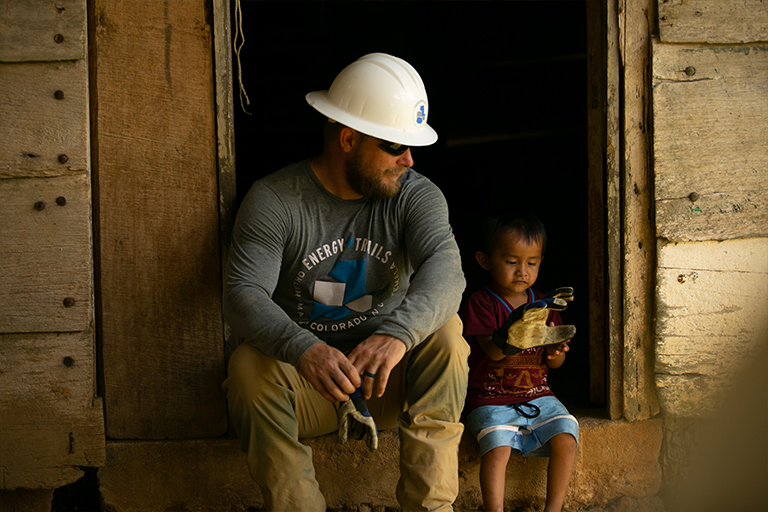 Taking a break to make a new friend.

The lights are on in Pie del Cerro and Tierra Blanca Salinas, two remote, primitive villages in north central Guatemala, thanks to 15 Colorado and Oklahoma lineworkers. Seven men from Colorado electric co-ops and eight from Oklahoma co-ops spent 19 grueling days in late September and early October bringing electricity to more than 50 homes in each of these two villages in the middle of a rain forest. 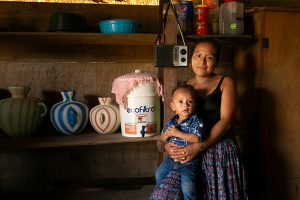 The co-op crew also delivered 110 water filters to the villagers.

Now there is electricity to grind the corn that is so much a part of the villagers’ daily lives and to provide refrigeration for improved diets. There is also hope for an even brighter tomorrow and a better life, especially for the kids who will now grow up with lights that allow them to do their homework after the sun goes down and who will have access to a computer to expand their horizons.

That hope comes thanks to the electric cooperatives across the United States that have partnered with NRECA International, the philanthropic arm of the National Rural Electric Cooperative Association, the national trade association for electric co-ops. For this particular project, the Colorado Rural Electric Association partnered with the Oklahoma Association of Electric Cooperatives and Empressa Municipal Rural de Electricidad, or EMRE, a small municipal utility serving more than 5,000 meters in the Ixcan region of Guatemala. Linemen from EMRE and student apprentices participating in a vocational-type school worked with the crews from the United States to string the power lines and wire the houses. 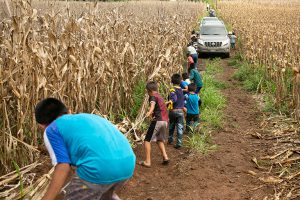 It was no easy task. EMRE cleared the right-of-way needed to bring the electricity from a nearby village prior to the team arriving. Then, once the Americans arrived, the team put up 4.34 miles of primary line and 3.72 miles of secondary line along 130 power poles through the two villages. The volunteers connected the power lines to 104 homes, two schools, two health centers and five churches.

The linemen worked tirelessly in heat and humidity that nearly kicked their fortitude. Temperatures were in the 90s, as was the humidity, almost every day of the project. After getting up at 6:30 a.m. and preparing for the day, the guys were usually drenched in sweat by 9 a.m. as they drove unpaved, pothole-filled roads to the villages. But neither the heat and humidity nor the primitive working conditions stopped the work. And it certainly didn’t stop the Guatemalans who were working alongside them.

The people of Pie de Cerro and Tierra Blanca Salinas were excited at the prospect of electricity for their homes. Most houses are built of rough-sawed wood with thatched roofs. Some are built with handmade concrete blocks. Some have tin roofs. Most have dirt floors and no doors or windows. Gaps in the siding and between the top of the walls and the roof provide ventilation for the indoor cooking fires, as well as letting in the hot, humid outdoor air and a little light. 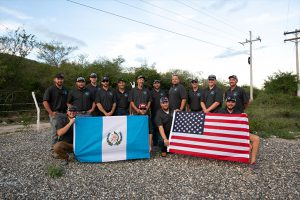 The team poses for a photo, taking pride in their heritage.

In anticipation of the linemen arriving, the families in each of these homes, anxious for electricity, hand dug a deep hole and planted something that would act as a power pole for their home. Some poles were the tree trunks that were cut from the right-of-way where the power came through the rain forest and into the village. Some were odd, square poles that seem to be common in Guatemala. Others were freshly poured concrete — some with rebar; some without.

They were ready for the “gringos” to wire their villages, villages that have never had much of anything.

Don Pedro Tut, a grandfather of 14 in Pie del Cerro, recalled in a written history that he shared with the team that the villages were established in 1984 and 1985. (This was after a brutal civil war during which people fled Guatemala. When they returned, the government allowed them to settle in the rain forest area, but there was no infrastructure, no water, no electricity.)

“Settlers began to farm in the foothill of the mountain,” Don Pedro Tut wrote. “They began to grow a lot of corn but couldn’t grow anything else because there was not enough shade. They suffered a lot.” 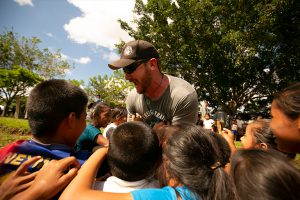 Christian Baker and the ever-present kids.

The international team was there during the corn harvest and saw how hard the villagers work in the sweltering heat, from young, barefoot children to older adults. The team ran wire alongside hilly, hand-planted corn fields and watched as villagers picked corn by hand and used a diesel generator to power a corn sheller to get the corn ready for drying. The corn was then spread on black tarps across the village soccer field to dry in the sun before crews of men bagged it and loaded it on trucks to be hauled to market. Everyone was involved.

“Everyone is in survival mode,” noted Dale Kishbaugh, director of safety and loss control for CREA and the Colorado team leader. “That’s all they focus on: living until tomorrow.” 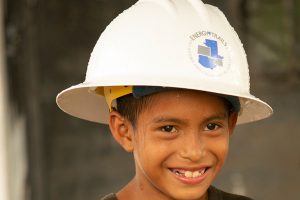 And, yet, the team also noticed that the villagers were happy, with a lot of pride in what they did have. That truly came through when the villages got together to celebrate the lights coming on.

On the day of the event, the international team was greeted at the edge of Pie del Cerro with a palm-frond gateway and the beginning of a special celebration. It started with a procession that included icons from the local church, women carrying incense burners and flowers, a percussion section followed by girls stepping to the beat and the entire village walking alongside the international team and EMRE employees to the village school. 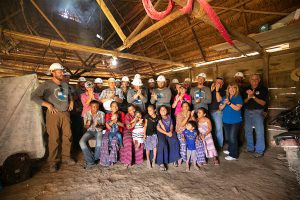 Everyone celebrates the lights coming on.

An impressive and touching ceremony followed with the national anthems of the United States and Guatemala being played and speeches from the village leaders and EMRE expressing thanks to the team that brought electricity to the villages. And, as everyone gathered for lunch in the school and yard, there was one last chance for the village kids to connect with the linemen. These were men they had come to know and admire over the last three weeks — men who made a difference in these villages that will last for generations and yet were changed, themselves, by their time in a faraway place.

Mona Neeley, editor of Colorado Country Life, was privileged to be in the villages of Pie del Cerro and Tierra Blanca Salinas when the lights came on for the first time.