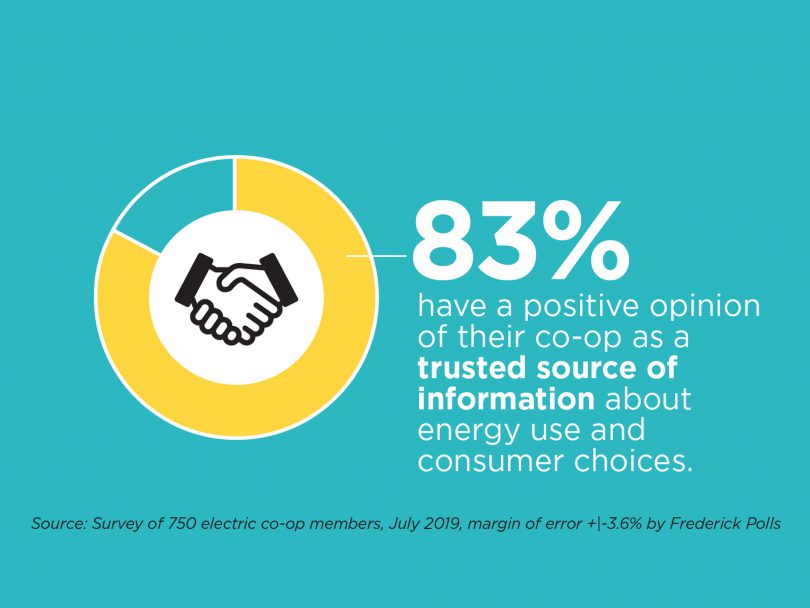 Electric co-op consumer-members across the country are increasingly satisfied with the performance of their electric cooperatives, seeing them as trusted information sources and partners in keeping energy costs low.

These are among the key findings of a recent national survey commissioned by the National Rural Electric Cooperative Association, the trade association for the country’s electric co-ops.

The survey found 5-point jumps over 2018 numbers from respondents who say their electric co-op keeps them informed about its actions (84%) and is a trusted source for information about energy use and devices, including solar (83%). It also recorded a 10-point boost over 2018 from consumer-members who say their co-op is a partner in understanding energy technologies and controlling electricity costs (83%).

The telephone survey, which has been conducted annually for the past six years, polled 750 co-op consumer-members in mid-July. It has a margin of error of 3.6%.

“There is lots of good news here for electric co-ops,” says Keith Frederick, owner of Frederick Polls, which conducted the survey. “They are trusted community pillars and appreciated for delivering quality services.”