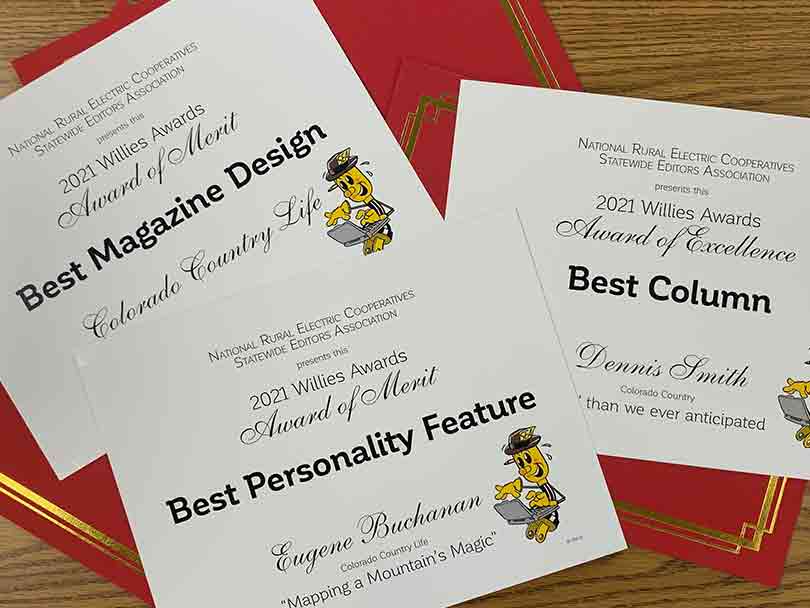 Competing with 32 other electric cooperative magazines from states across the country, CCL won an Award of Excellence and two Awards of Merit.

The Award of Excellence was for a 2020 Outdoors column by CCL Outdoors columnist Dennis Smith on a special dog named Moses that was remarkably gifted.

An Award of Merit was presented for having the Best Magazine Design among the magazines in 2020. Judges said: “Excellent work. Love the cover photos, especially April’s. Loved the contents page, too; very well done.”

The magazine also won an Award of Merit in the Best Personality Feature category for the February feature story “Mapping a Mountain’s Magic” by freelance writer Eugene Buchanan on Colorado’s own James Niehues, who maps ski resorts around the world.