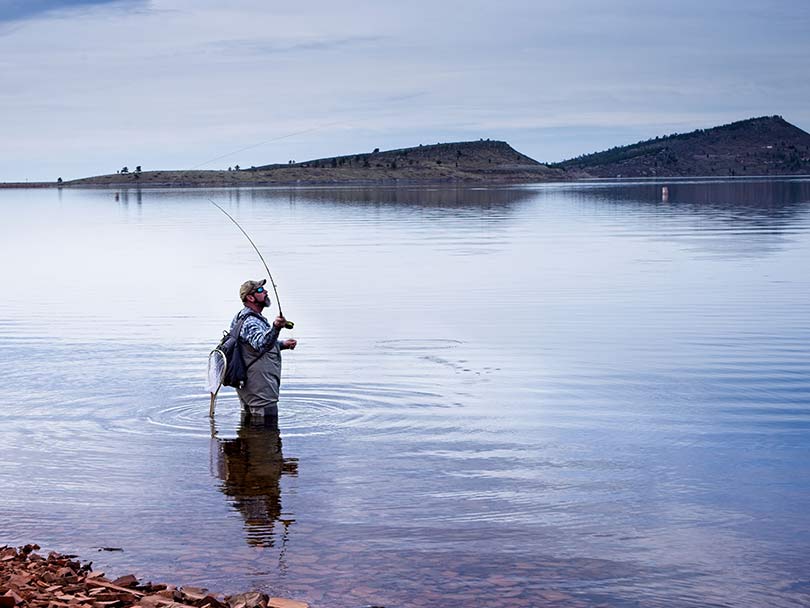 Are the risks of injury worth the rewards?

I’ve been fly fishing for more than 60 years now, and in all that time the only related injuries I’ve ever received have been from sticking myself with a hook or falling down the bank in a hurry to get on the water. Unless, of course, you want to include the near-fatal bout of hysteria I suffered once while reading an Associated Press story about a doctor in Montana whose clinic — The Fly Caster’s Institute — charges anglers $3,000 a pop to analyze their casting style and prescribe corrective action to prevent future injuries associated with casting a fly. As Dave Barry says, “I’m not making this up.”

According to the story, patients are hooked up to a miniature gyroscopic device connected to a hand-held computer that measures the angular speed of their fly rods and tells the doctor which muscles are firing so he can isolate specific physical maladies in their casting stroke. A team of top-notch fly casters is then called in to help the angler correct his perilous casting stroke. When they’re satisfied the guy won’t hurt himself, they all go off fishing together. Hoo boy! And you thought Bernie Madoff was slick.

This all started, apparently, when the benevolent doctor developed an annoying case of tendonitis while fly casting for steelhead a few years back, and quickly reasoned he could probably make a fortune convincing other fly fisherman they risked serious injury if they weren’t careful how they waved their 3-ounce graphite sticks around in the air. There’s the additional weight of the fly line to consider, too — another ponderous 4 or 5 ounces at least. And the fly itself, which, as you might imagine, can weigh as much as a handful of high-quality cigar smoke.

I had no idea fly casting was so physically demanding. But the doctor, who also happens to be the head athletic team physician at a well-known university, insists that “casting technique and mechanics are as important to a fly caster as endurance and weight training are to a professional athlete.” Wow! Who knew? It’s a wonder more of us haven’t ended up in clinics.

To further prove his point, the doctor told of a Wyoming fly fisherman he met in Belize who blew out the rotator cuff in both of his shoulders in less than two days while fly casting for permit. Remarkably, the guy’s wife managed to spend the rest of their vacation happily catching fish on her fly rod without so much as breaking a nail while hubby sat in the boat nursing his fly-casting boo-boos.

You can draw your own conclusions about the dangers of fly fishing, but I came to this: If a fisherman who blows out both of his shoulders trying to cast a fly pays another fly fisherman $3,000 to analyze his casting stroke, he’s having the wrong part of his anatomy examined.