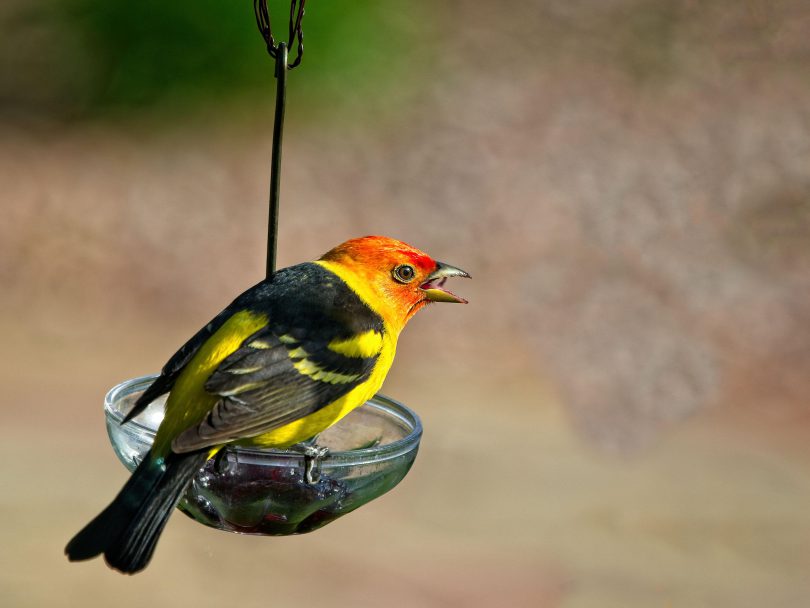 Most of my friends know I’ve never really thought of myself as a birdwatcher — at least not in the classic sense of the word. I don’t keep a life list or chase off cross-country to view a rare species or anything like that. But the truth is I really do get a kick out of watching our feathered friends — all of them: waterfowl, shorebirds, raptors and even the assortment of common backyard songbirds I see every day like robins, sparrows, finches, chickadees, blue jays and so on.

And, I have to confess, I can get pretty excited when something like a western tanager, Bullock’s oriole or some other strikingly-colored bird shows up in the yard. My wife and I have a thing for hummingbirds and I’ve always been impressed by the exotic plumage of wild ducks and game birds. I suppose some of that comes from tying flies with their feathers.

Several years ago — for no particular reason or maybe out of idle curiosity — whenever a new or unusual bird showed up in the yard, I would jot down the date of its appearance beside its picture in the little bird identification booklet we keep by the picture window.

A few years later, my notes made it clear that certain species would magically appear at about the same time every year. They’d hang around for a week or two and then mysteriously disappear. At first, I thought maybe they’d found a neighbor’s yard they liked better or that they’d grown bored with the seed I put out, but it finally dawned on me I was simply watching a seasonal migration pass through. I’d been well aware of our deer, elk and waterfowl migrations for years, but for some reason the notion that songbirds migrated escaped me. After all, the vast majority of sparrows, finches, robins and jays were year-round residents, weren’t they? I guess I assumed the tanagers, orioles, buntings and such should be, too. Duh. Talk about naïve.

Anyway, now I know that western tanagers, Bullock’s orioles and lazuli buntings all show up in my neck of the woods around the 15th of May, give or take a few days, and stay for about a week to 10 days before leaving. Which raises some questions: Do these three species travel together? Where do they come from? Where are they going and why?

I’m looking into that, but for now I’m happy to know they’re passing through right on schedule and I can probably count on seeing them again next year. I’m starting to think that maybe I’m a birdwatcher after all.