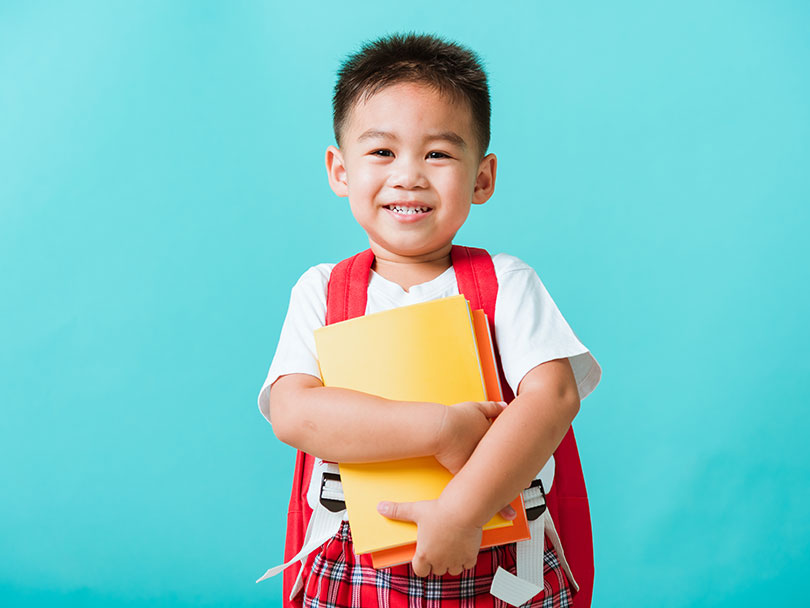 My 7-year-old granddaughter, Brinley, was rapidly telling me an elaborate story when I interrupted her to remark that she had a very good vocabulary. When she quizzically looked at me, I asked her if she knew what that meant. After she shook her head no, I explained to her that it meant she knew what a lot of words meant. She quickly replied, “Yeah, except vocabulary!”
Janet Heinz, Buena Vista
Sangre de Cristo Electric Association consumer-member

My 5-year-old grandson, Luke, was having a little difficulty adjusting to full-day kindergarten. I asked him, “What do you like the best about kindergarten?” Luke replied, “Leaving and going home.”
Mary Baisley, Niwot
Poudre Valley Rural Electric Association consumer-member

Our grandson was learning to read in school, so when he rode with me he tried to read the road signs. One sign said, “DON’T DRINK AND DRIVE.” He said, “My mother drinks and drives.” I asked him what she was drinking. He said, “Oh, she drinks coffee, water and pop.” I told him I thought the sign meant liquor. He sat very still and quiet for a while, then said, “Oh, yeah, those guys should never drink licorice and drive.”
Wanda Durbin, Peyton
Mountain View Electric Association consumer-member

When my son was thinking of colleges, we went to look at my alma mater. In the campus library there was a wall of photos featuring successful alumni. I saw my son’s eyes start to glaze over as he looked at the pictures of successful alumni executives, educators and politicians until he recognized one and said, “Hey, isn’t that the guy from ‘Revenge of the Nerds?’” It was Bernie Casey, former football player turned actor who did indeed play U.N. Jefferson in “Revenge of the Nerds.”
Marty Anderson, Livermore
Poudre Valley Rural Electric Association consumer-member