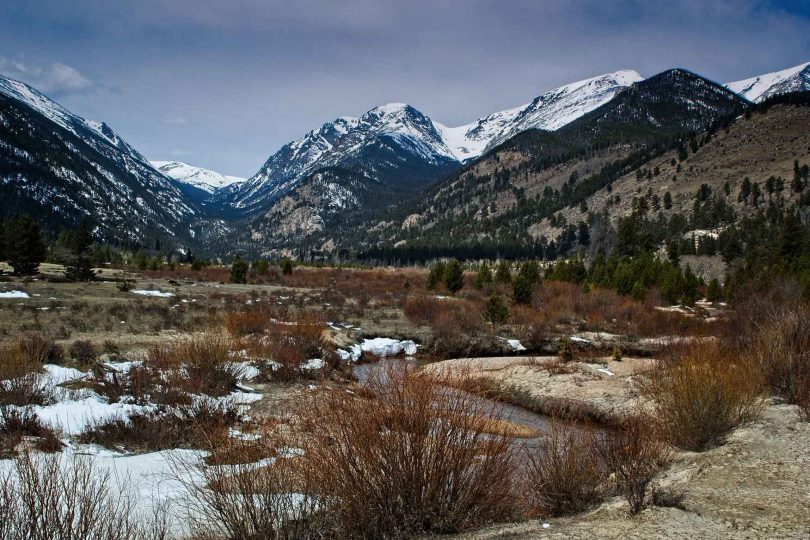 Stop me if you’ve heard already this story.

It was 46 years ago this month that we moved to Colorado with our two small boys from a tiny mountain town in upstate New York and bought a little fixer-upper on what was then the extreme southwestern edge of Loveland. This was a two-bedroom farmhouse that had been moved in from out on the plains and plopped down on concrete blocks over a hand-dug, dirt-floor cellar housing a gas furnace and water heater. Twenty-four thousand bucks! Boy, those were the days.

Big cornfields swept away to the south and an old, concrete irrigation ditch rambled through the tall grove of cottonwoods on the west. There were owls, woodpeckers and magpies in the trees and muskrats in the ditch. Rodents, raccoons, foxes and rabbits left tracks through the underbrush and some nights we could hear coyotes howling. The boys loved it, as you might imagine.

I did too, but it was the Big Thompson Canyon and the headwater streams in nearby Rocky Mountain National Park that really intrigued me, and I wasted no time getting up there to see what it was like to fly fish the Rockies. I don’t recall the exact date, but I do remember exploring Fall River for the first time on a chilly, lightly-overcast day in April. Snow was receding from the lower slopes of the Mummy Range and lay melting in random patches between the rust-colored clumps of willow and alder thickets along the banks of the creek, but the high peaks were still capped in white. It was stunning and so completely different from the Catskills I grew up in that I was just kind of awestruck by the raw beauty of it all.

And then there were the trout! Brookies. Stacked up in almost every hole, under the cutbanks, nymphing in the deep riffles, laying up against edges of the turn pools… and not another soul in sight. I was so taken with the scene I’d almost forgotten I’d come to fish.

I went back to the car, broke out my fly rod — a homemade fiberglass 7-footer — and tied on a wet fly of some sort. I also remember that CODOW (Colorado Division of Wildlife at that time) encouraged anglers to keep as many as 10 extra “bonus brook trout,” 8 inches or smaller, in addition to the regular daily limit of eight to help reduce stunting due to overpopulation. So I took a wicker creel with me, too. I caught a bunch, I promise you, but kept only a handful. After all, brook trout taste best when they’re so fresh they flip themselves into the pan and there’s no way we could eat 18 of them, even if they were little ones. Besides, I figured I could always come back and catch a few more if I wanted to, but that was 46 years ago.